Ahhhhhh an episode which didnt induce stress for the viewer ,an episode where Subaru and co wasnt fighting a messed up battle.an episode without horrifying deaths to teh good guys. 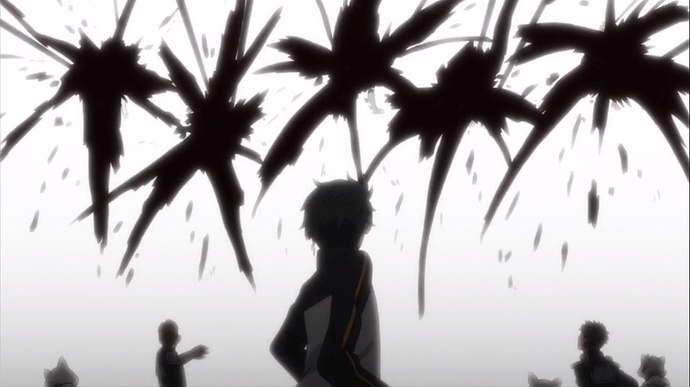 like,seriously.its as if they waited till YOU put your mental guard down to slap you awake. 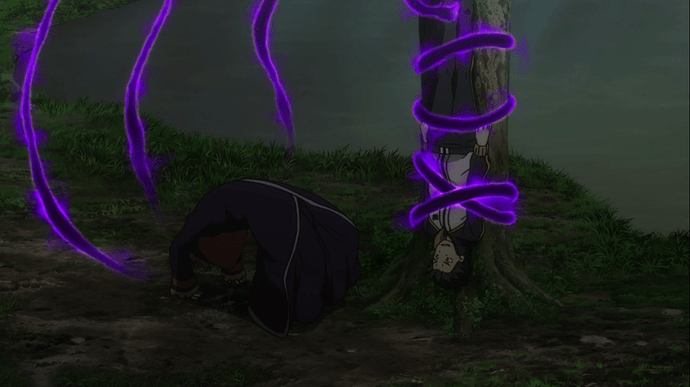 are all the witches cult fagits batshit crazy? 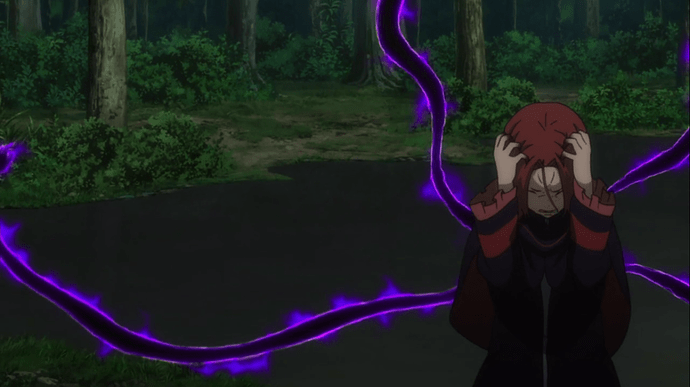 And did a lil spirit just frighten Doctor Octopus?

Well imo twas a good ep as usual .tho am a bit confused as to wt exactly happened at the end.
care to explain?
thoughts?

Interesting things as always. it looks like the “fingers” are each an Apostle of Sloth. The second one had less “unseen” hands than Betelgeuse? - Why didnt she have her gospel either!? - she spoke just like the prior apostle too. How what , why?

Also Subaru you dumb fuck, why did you take that book!?

The ending was the most perplexing though, multiple possibilities here.

Remember how Emilia and Puck set up the barrier? Could The gospel have triggered it? - If so, why didn’t it before?
Maybe Since Crusch sent word to the mansion warning them after Subaru enlisted her help to hunt the white whale. That didn’t happen in the previous loops.
Could Ram be an apostle ? ( I doubt this because she was killed in one of the timelines)

Why is she wearing that cloak , doesnt it look iike Emilias?

Small LN spoilers about the cloak that Emilia wears :

The cloak was made by Roswald , and hides the users identity. For example the appa saleman kknew someone saved his daughter but couldnt remember her face. Similarly for the villagers, etc.

all in all, decent episode with a killer cliff hangar! 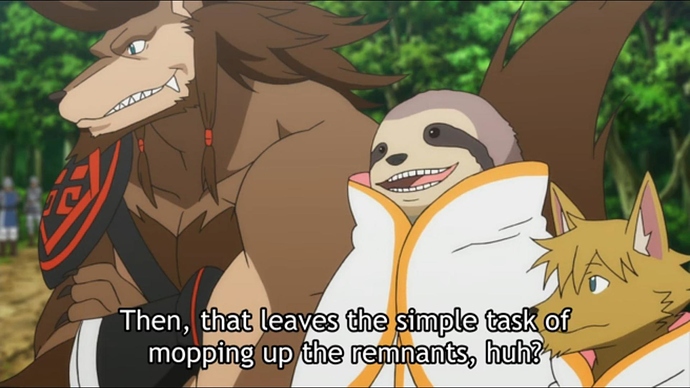 Could Ram be an apostle ?

I certainly hope not.As u said its probably the barrier she has setup to prevent hostiles.and ye the Gospel might be triggered it. 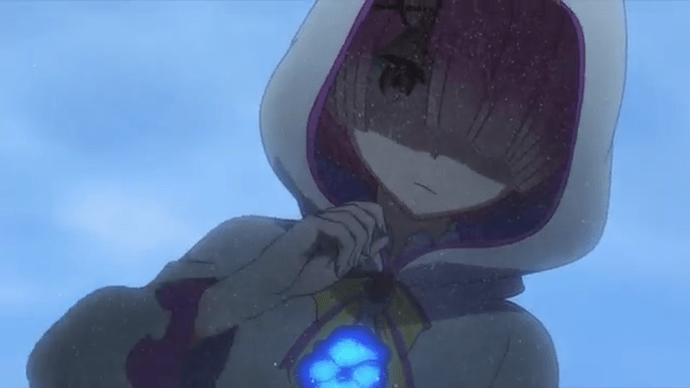 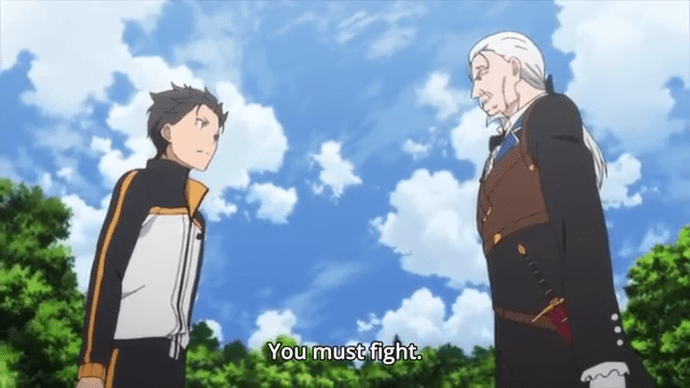 well done by willheim here, u managed to save subura before he goes crazy …

Alright so that was a epic and confusing episode as per usual,So to me or rather the viewer the ending was made out to seem like Ram is part of the witch’s cult right,but this is RE-Zero so nothing is ever that obvious.

Also as previously mentioned she seems to be wearing a cloak similar to emila-tan’s.So yeah it could just be the barrier, Although some might go for the she killed lia and took the cloak but

i think not…
What i think Ram’s appearance is to do with is Rem, She always seems to be in the way when something happens to Rem so maybe another “Return by death” coming up?

Best girl was not in this episode…

But second best was there, 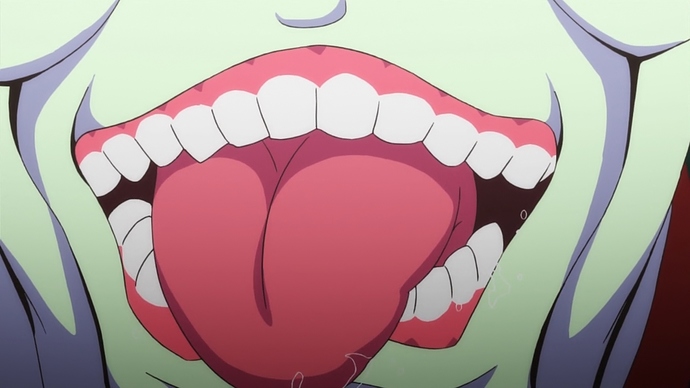 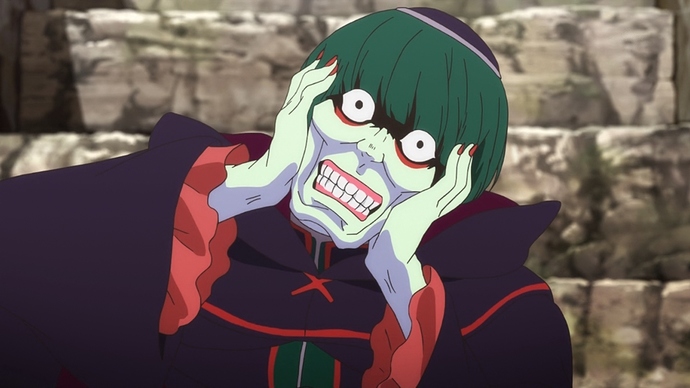 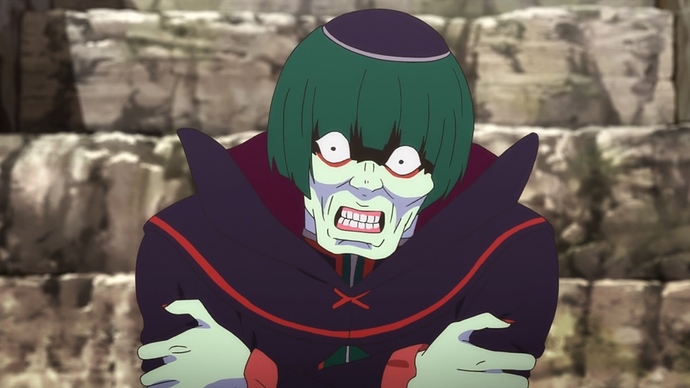 But he dieded soon after 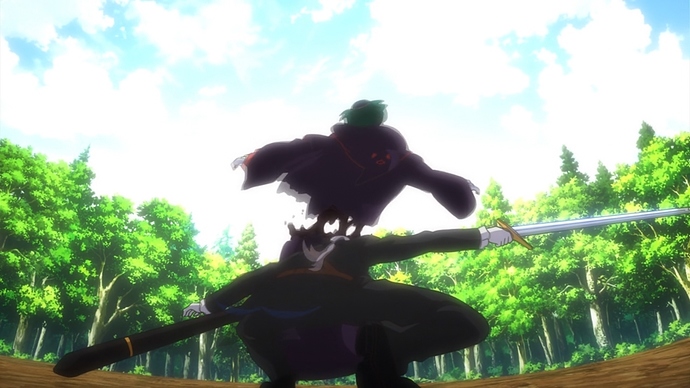 But on more serious note, What’s up with Ram?
Did she kill Emilia? Is she forced to work for witch cult? Moar f**king questions. 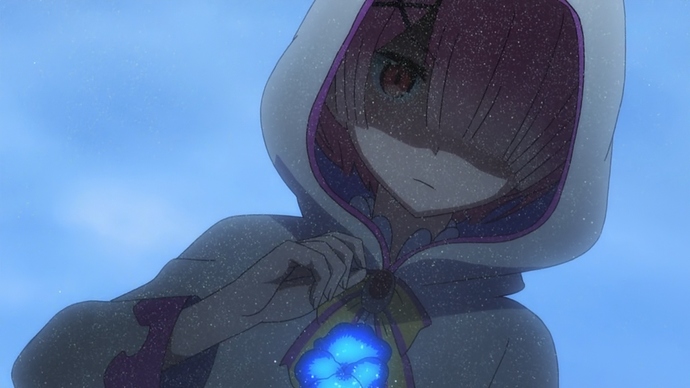 Did anyone else feel that the second part of the episode was a bit too fast paced? 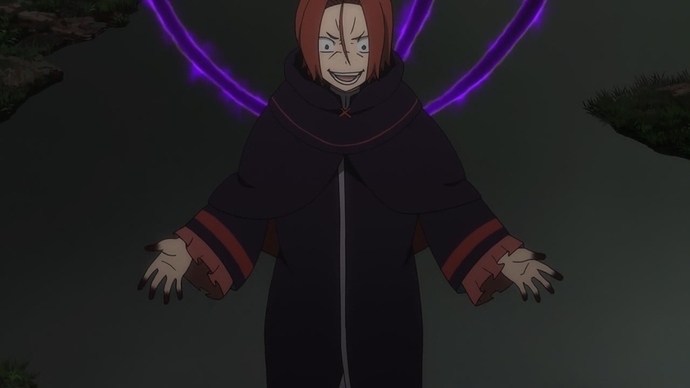 I mean, we got a new girl and everything, but then she had to take her leave. 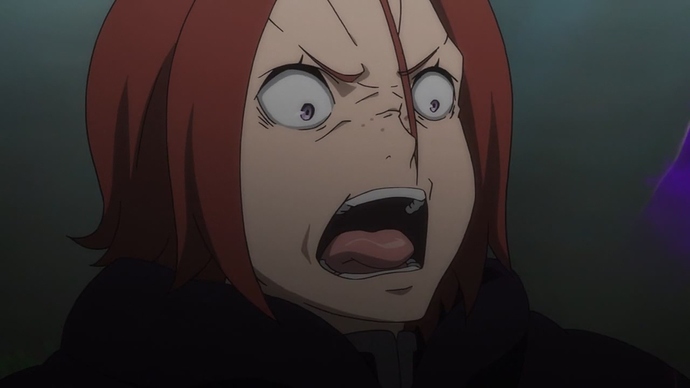 But then again, maybe they are trying to cram details in these last few episodes. , another DDY viewer instead of an HS one.

And the lack of kfx in the HS subs.