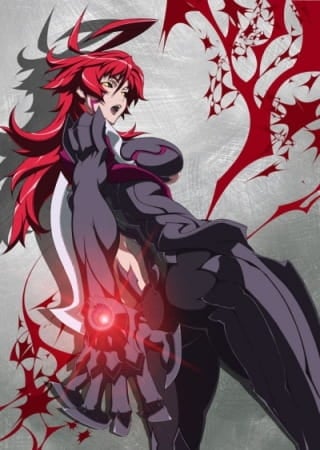 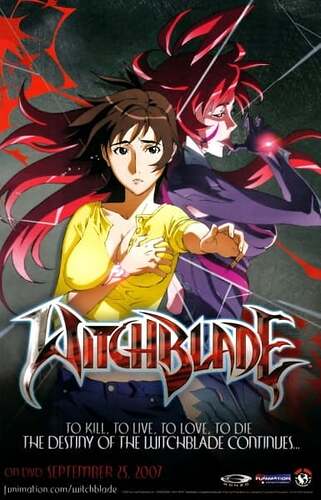 Witchblade follows the story of Amaha Masane, a single mother with amnesia, who arrives in Tokyo with her daughter hoping to secure a better life for the two of them after a mysterious Earth Quake that destroyed half of the city. However, on the day they arrive, Masane gets attacked by a mechanical monster that disguised itself as a human. Sensing the danger, Masane suddenly transform into a powerful blade wielding warrior using the power of an ancient artifact called the Witchblade, taking down the monster in one strike. Soon after, she finds herself dragged into a power struggle between two powerful organizations trying to harness the power of the Witchblade all the while trying to provide a better life for her daughter.

Witchblade the anime is loosely based off of the American comic series of the same name. I say loosely because it only shares the overall concept of the said comic while the cast and the plot are entirely original.

I first came across the Witchblade anime in 2009 back while I was still starting to discover the world of anime and it has been on my " plan to watch " list since. Now, more than a whole decade later, I finally decided to actually give it a try and I sure am glad I did because it ended up becoming on of my all time favourites.

To start off, if it was not already clear from the Synopsis I wrote above, Witchblade consists mostly of a mature cast with the exception of Masane’s daughter, Rihoko. Having a set of main characters on their 20s and 30s trying to make something out of life instead of a bunch of edgy high schoolers, which is the staple in action anime these days, was a breath of fresh air. Furthermore, the main character being a very unorthodox combination of a super vigilante and a caring but somewhat clumsy mother only made this anime stand out even more for me as I’ve not seen such a combination attempted anywhere else be it anime or non-anime, and it is clear that the anime was aware of this as one of the main themes explored in the anime was motherhood and delves quite deeply into the relationship Masane has with her daughter. In fact, being able to touch on such themes while still being an action focused anime with a lot of cool fights, all the while maintaining a mostly steady pacing was very impressive. This is one of the rare cases where an anime actually attempts to be several things at once and actually succeeds at all of them.

The characters are very well written with the character progression being really natural. By the half way point, each character’s motivation, reasoning and personality became clear in a way that I can only describe as being very real . There were no over the top characters trying to bring down justice or an all evil villain or even an edgy dude out for revenge which is a staple in most action anime these days. In their place, we got a bunch of very realistic characters who just want nothing more than to live in peace while struggling to find a meaning for their existence. The best part for me was how there were no dramatic flash backs about a character’s past or any sort of sudden info-dumping. Instead the character progression was mainly facilitated through brief glimpses of conversations and monologues which I found to be very immersive and natural. 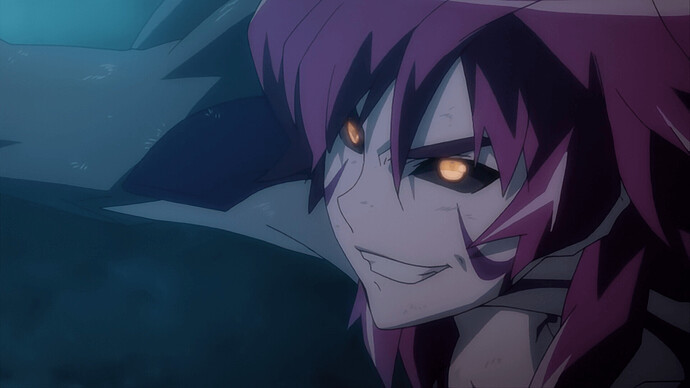 The pacing was great for the most part, with the series maintaining a slow but steady pace in the first half of the anime and gradually getting intense in the latter half. My only complaint here is how the mid season finale was handled. There was a really intense build up but the mid season conclusion was a bit rushed and in the end felt a bit anti-climatic. A shame because it was one of the most touching scenes in the whole anime. However, the actual finale made up for it in my opinion. While I admit that I do get moved by anime quite often, it is very rarely that an anime makes me shed actual tears, and the Witchblade finale managed to achieve that even suprising myself.

The animation was top notch as expected of Gonzo, and this anime aired more or less at their peak. No CGI despite having a lot of mecha elements. The character models looked really cool and took a more realistic approach similar to anime like BLEACH and Death Note. The action scenes were very smooth and detailed as well. 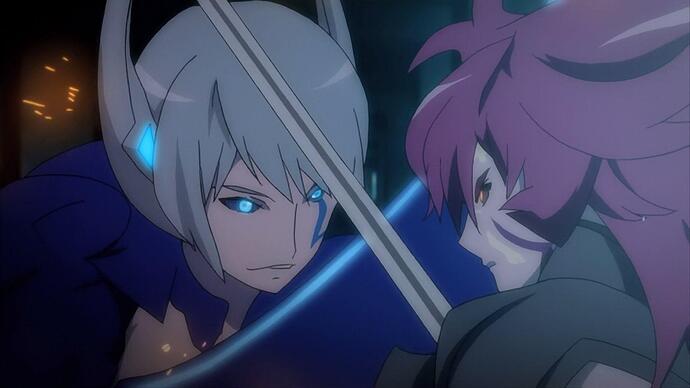 Another thing I liked about the action scenes in Witchblade was that there were minimal talking between combat, unlike the usual case where the characters spend more time talking, shouting and crying during a fight more than actually fighting. 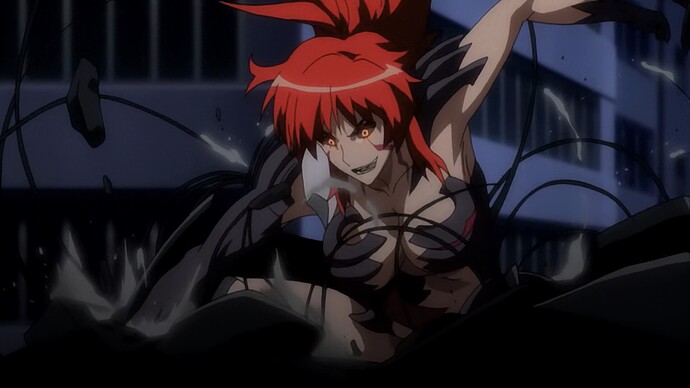 The music was good but mostly forgetable. The first OP and all three endings were really nice and reminisent of the mid 2000s. The exception to this however was the 2nd opening, which was horrible to the point that I was forced to skip it which I never usually do when watching anime. The sound effects were also on point but not overbearing which I really appreciated.

Witchblade is a unique anime that aired during the mid 2000s which I and many others consider to be the “golden age” of anime and much like the many masterpieces that aired during that time, Witchblade explores complex psychological themes while also having masterful character development mixed in with some really cool action scenes. It was breath of fresh air and leaves you pondering on many aspects of our superfluous lives.

If you are a fan of masterpeices from mid 2000s era like Code Geasse, Darker than Black, Requim of the Phantom, Ergo Proxy etc, there is a good chance that you will really enjoy Witchblade as well!