"Higurashi no Naku Koro ni (When They Cry)" 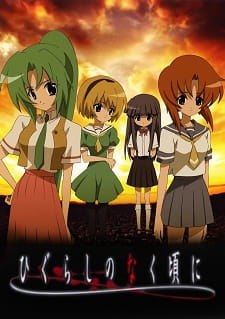 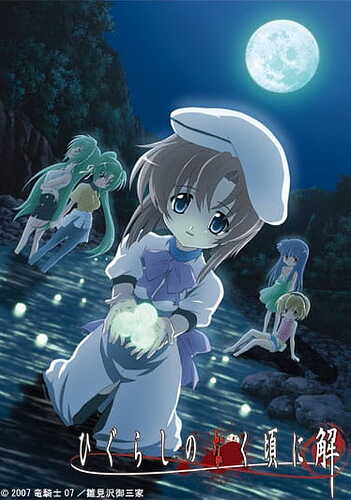 The countryside town of Himanizawa in the early 1980’s seems to be a peaceful place…That’s the impression that Keiichi Maebara had when he moved in and quickly made friends at his new school…like the likeable Rena Ryuuguu, the mature looking Mion Sonozaki and even the 2 younger that him, Rika Furude and Satoko Houjou…after Keiichi gets settled in to Hinamizawa properly, he learns about the legend of annual festival of Hinamizawa…where people disappear or seem to be murdered by others or by their own hands under what is called by the village to be “The Curse of Oyashiro-sama”…Keiichi didnt take this seriously, until he found out the hard way, that his group of friends are acting strange and that he is potentially one of the possible candidates to be killed during the upcoming festival

So basically…This anime is about the residence of Hinamizawa, including Keiichi, his group of friends and everyone they meet, trying to avoid their possible murder during the annual festival, while also trying to find the truth behind the mystery of the so called “Curse of Oyashiro-sama”, of why select residents of the town becomes deranged and to find the hidden secrets that lie buried deep within.

Higurashi no Naku koro Ni is a series which, eventhough it aired nearly 15 years ago, is still one of the most unique psychological mysteries in the medium when considering narrative and presentation… 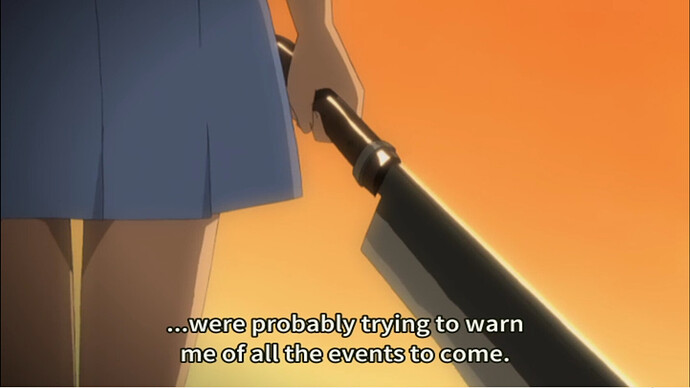 Higurashi, unlike most mystery anime, is not a linear affair and it’s not one that can’t be said in the span of a 26 ep season…Instead, it presents itself in multiple timelines…in one timeline,everything can go horribly wrong…the city can get destroyed, everyone could die and the truth could remain buried forever…but moments later, the timeline will reset and throw you right back to the beginning…but only this time, it plays out differently, as the characters get more closer to the truth every reset until it eventually reaches the truth by the end of it’s 2nd season, and the experience never gets stale or repetitive, as it rarely follows the same character more than twice…in one or maybe two timelines, it can follow the footsteps of Keiichi, in the next, it will follow Rena, or Rika or Mion and so on, and to add more flavour, the character followed could also be one of the deranged, making you even be vary of the character the timeline is following. 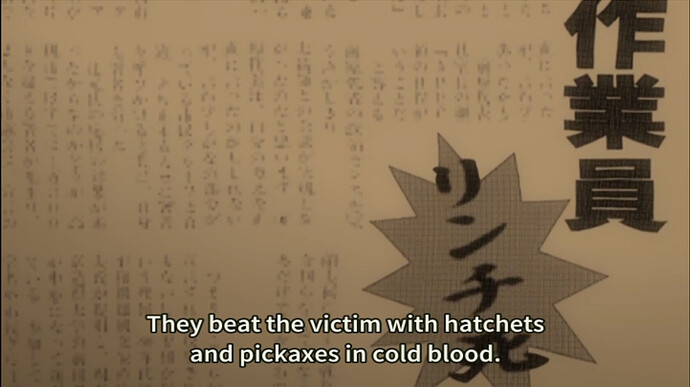 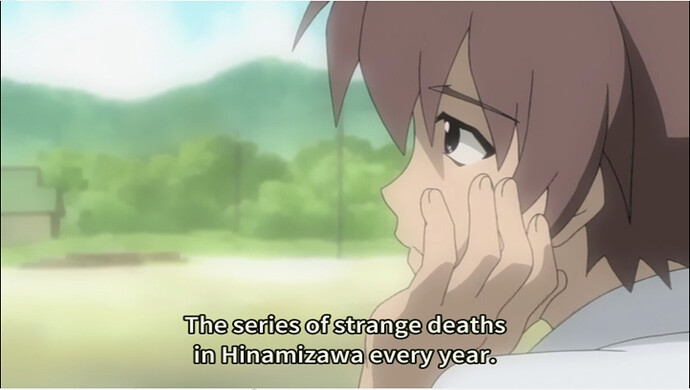 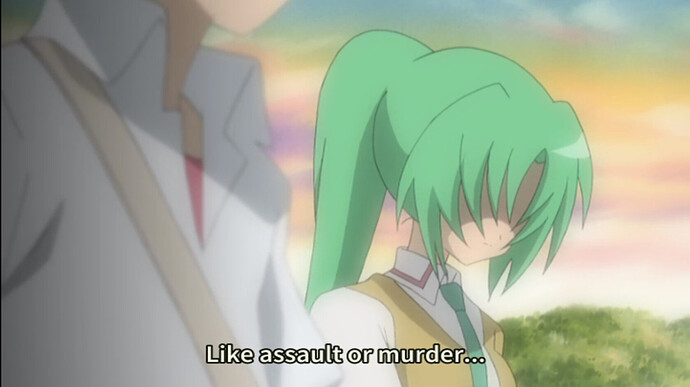 And to sum up the overall narrative, the first season makes you build up a long list of questions about the mystery, and the second season answers all of them in the most satisfying way possible and also delivers a very fitting conclusion to the mystery of Hinamizawa. Its not all dread and well…dead…all the time, during the few moments of downtime that Higurashi does have between its hatchet swinging and mind twisting mystery, are moments of slice of life inspired character interactions that serve to make the cast much more than extras to be butchered…all these moments add up to make the cast likeable with unique character tropes, whether it be Satoko and Keiichi’s “mostly” friendly rivalry with each other, or Rena’s tendency to switch to her pseudo-kidnapper mode every time she finds something cute…and since moments like these are followed by dedicated segments that deepens and allows you to empathise with it’s central cast, it has you caring for every single one of them who face the dangers of losing their lives in the most horrible ways after all the downtime…most of the characters ain’t groundbreakingly unique, but they stray far away from being able to be called generic stereotypes… 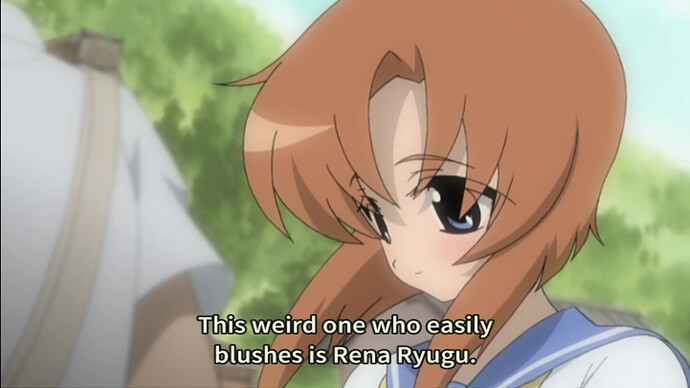 The visuals on the other hand, is a different story…yes, this anime was aired in 2006 and 2007 respectively, but even in that era, Studio Deen wasn’t exactly known to be a studio that produces great visuals and animation…but by failing to make it look good, it also brings up one of it’s true strengths…when a character on screen is being hunted, you feel that presence so well, that it’s bone chilling…this is apparent in the very first timeline itself, where it genuinely felt like a great slasher flick during the very first confrontation…the character models in particular can be subjected to ridicule at times, even for an anime that is over a decade old…but it’s exaggerated emotions, really do make this anime feel like true psychological horror at it’s roots… 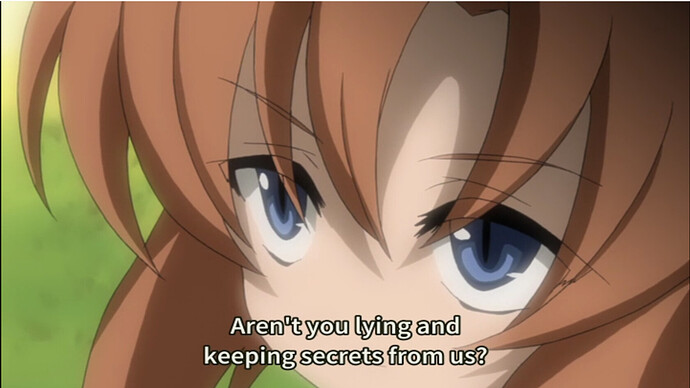 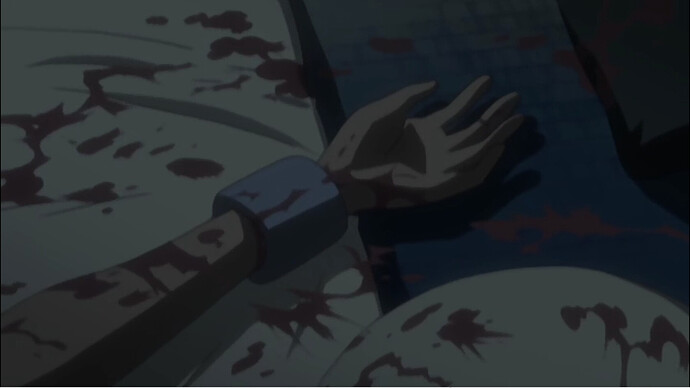 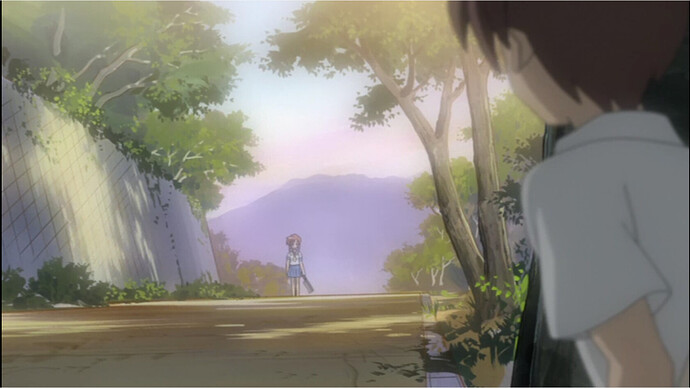 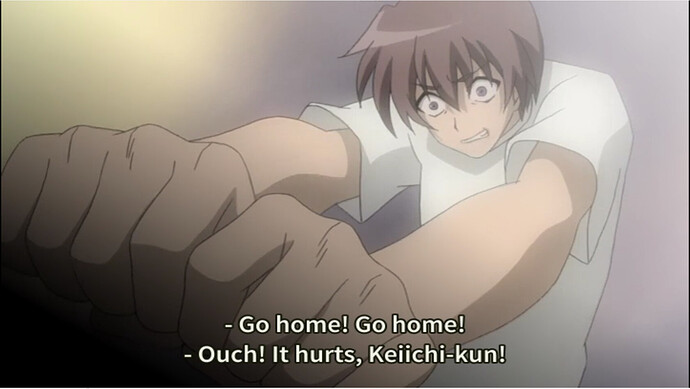 I’m someone who used to live alongside mystery stories, whether it be books, to live-action shows to even other anime series, but none can match the sense of awe and appreciation I had for mystery of the Hinamizawa Tragedy of Higurashi no Naku Koro ni…from it’s say less but show more style of presentation that had me making my own theories, only to prove all of it wrong by it’s 2nd season with a set of answers that far surpassed mine to it’s empathizable and loveable main cast…It’s a journey like none other that will make you follow a cast through the very depths of despair and suffering, only to overcome it all using all that experience…it might not be the best looking anime even in 2006 standards, but this is one ride that, once you live through it, you are never bound to forget.