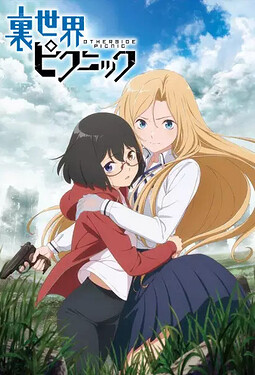 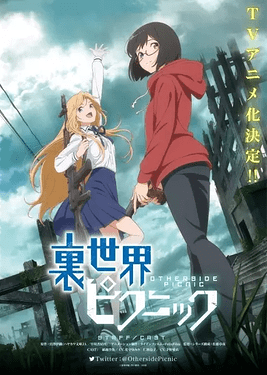 “Urasekai” or “The Otherworld” is a mysterious and dangerous realm that exists in parallel with the real world and is inhabited by creatures similar to those described in creepypastas in internet forums. Although rumors about “The Otherworld” are found occasionally scattered across the internet, only a few actually believe in its existence. It is said that to gain access to this realm one must find a portal that connects The Otherworld to the world we live in. These portals can be accessed from the real world in various ways that range from pushing a certain combination of buttons in an elevator of a seemingly normal building to simply stepping through an abandoned shrine entrance.

Kamikoshi Sorao is a college student that discoverers The Otherworld but encounters one of the many horrendous inhabitants of the realm while aimlessly exploring. While she ponders whether to give up and resign herself to death, she is rescued by Nishina Toriko, a girl searching for her friend who she believes is trapped somewhere in The Otherworld.

Urasekai Picnic follows the adventures of Sorao and Toriko on their many explorations of The Otherworld in search of Toriko’s friend.

First of all I need to make it clear once and for all that Urasekai Picnic is neither an isekai nor a Slice of life/Rom-Com like the name may suggest. The best way to describe it is a Sci-Fi horror anime with some slice of life and yuri undertones. The anime is mainly about the two main leads, Sorawo and Toriko exploring a mysterious world full of supernatural phenomenon that can be accessed from various “doors” from the real world. The premise actually reminded me a lot of Code Lyoko which had a similar concept but with an evil AI rather than supernatural beings. 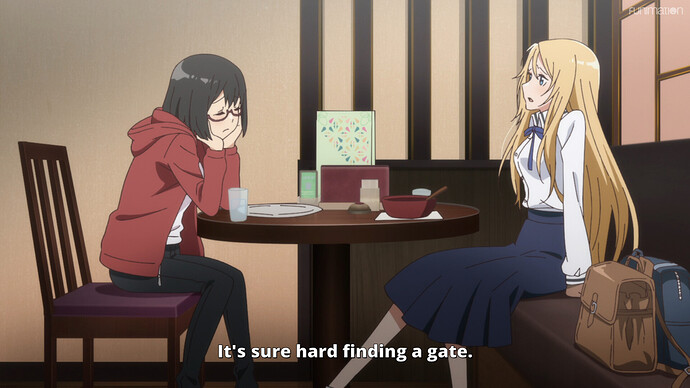 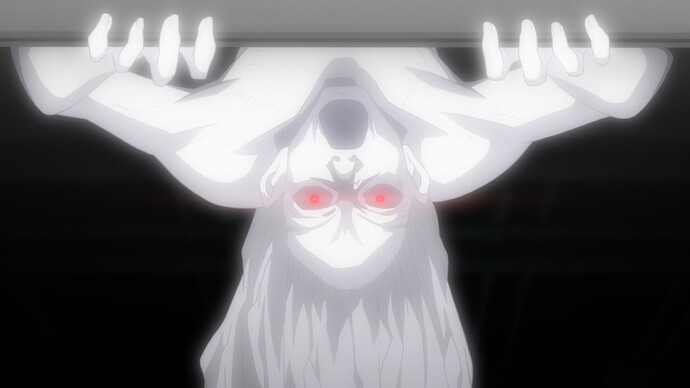 The Sci-Fi mystery genre was once a staple in the anime industry with anime like Steins; Gate, Darker than Black, Shin Sekai Yori, Ghost hound, Eden of the East etc. being major names in the industry. However, in recent years the genre has slowly fallen out of favour mostly being overwhelmed by the rise of isekai franchises. Even among the Sci-Fi mystery genre, Urasekai Picnic belongs to a special sub group of anime that deals with internet rumours and creepypastas. Steins; Gate and Occultic;Nine being some other notable anime in this sub genre.

Urasekai Picnic in an adaptation of the Light Novel of the same name. Light novels are adapted to anime at varying levels of quality and accuracy. An excellent adaptation follows the source material closely while also making suitable directorial decisions to make sure the material is adapted into animated form properly as ultimately anime and light novels are two inherently different modes of story telling. On the opposite end of the spectrum we have anime adaptations that needlessly deviate from the source material while also feeling odd and out of place with a lot of lazily animated dialog and monologues that were not properly adapted from the text heavy source material. The Urasekai picnic anime adaptation falls some where between these two extremes in the spectrum. It does not deviate from the story per say but skips parts of the story and re order certain arcs to fit the 12 episode format. This results in very inconsistent pacing that can be very jarring at times and the re-ordering of the arcs also gives rise to a lot of discontinuity and “plot holes” as key plot points that preceded an arc in the light novel now happens after.

As with most anime in the genre, Urasekai Picnic has a very mysterious aura and an uneasy feeling of impending doom. This is accompanied by a soft colour pallet and cold, metallic sound effects that fits the premise perfectly and amplifies the mysterious vibe and the uneasiness. Taking all this into consideration I think it is safe to say that they absolutely nailed the atmosphere for this anime. 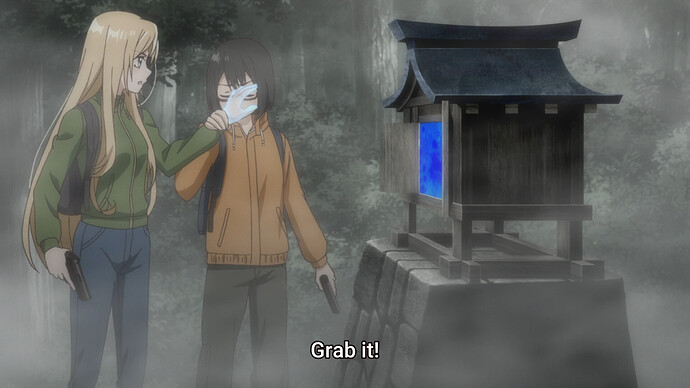 Urasekai Picnic, despite being a thriller with a lot of horror elements, does not contain much in the way of action. While it does feature accurately depicted guns and other military equipment at times, the psychological element is more emphasized along with a focus on clever thinking and mystery solving rather than pure action scenes. Hence its more of a Psychological Thriller than an Action Thriller. 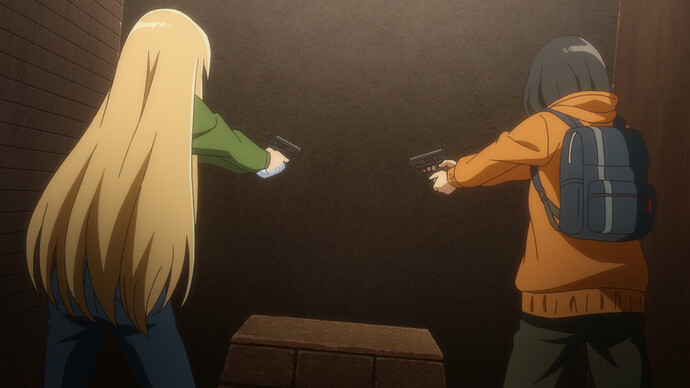 One of the other elements that has gotten highlighted about Urasekai Picnic recently is the Shoujo Ai romance. However, while Shoujo Ai elements are present and one of the characters are clearly depicted as gay, it is by no means a highlight of the show. At least so far. The romance mostly acts as a sub plot and the mysteries of The Otherworld gets the main focus by a huge margin. 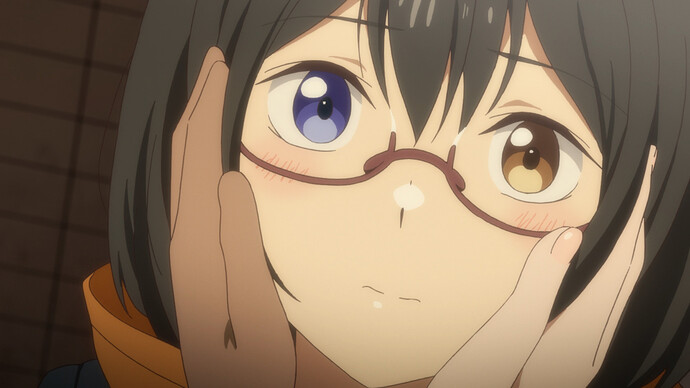 It was clear that Urasekai picnic was not allocated much in the way of budget. The animation is average at best. The close ups of the characters and the “The otherside” are drawn and animated well but most of the zoomed out shots and the creatures of the otherworld are animated with CGI of varying degrees of quality. 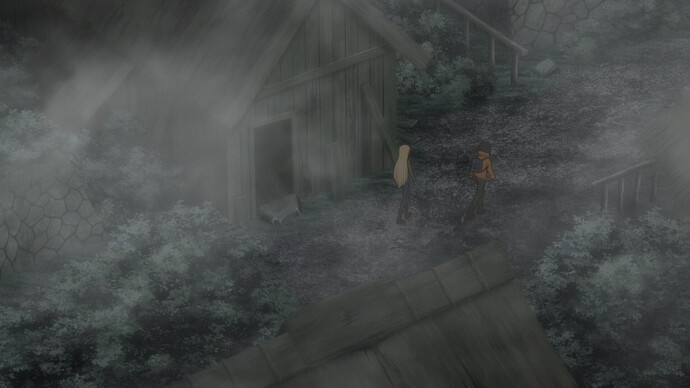 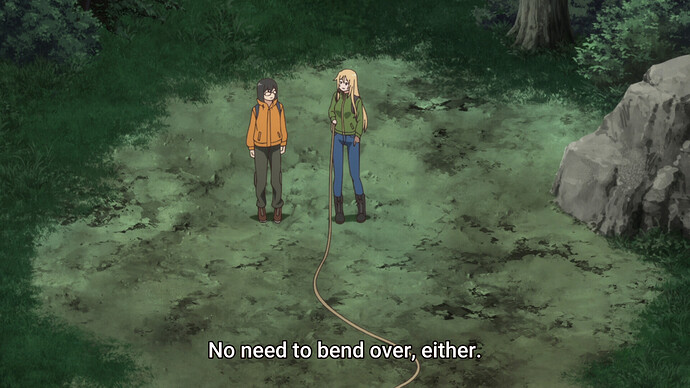 The music however, is one of the main strong points of the anime. The opening from Honeyworks is one of the best this season and the overall sound effects and BGM are done very well to create the ideal mysterious atmosphere. There were some scenes where the unsettling BGM and sound effects made them significantly creepier than the mediocre animation could’ve ever accomplished on its own. Other horror anime should take note from Urasekai Picnic on just how important the sound direction is for the genre.

Anime like Urasekai Picnic are hard to come by nowadays. There were only 2 other anime of the same genre in the past 2 years: Id:Invaded and Boogiepop wa Warawanai. Urasekai Picnic does a good job maintaining the atmosphere that fans of the genre have come to love and the premise is very interesting and incorporates elements from Sci-Fi, Occult and internet culture.

The anime had many flaws, especially with the pacing but if you are a fan of other anime in the genre like Steins;Gate, Darker than Black and Id:Invaded you will probably find Urasekai Picnic very interesting, even with all its flaws. It did convince me to pick up the source material so despite all the flaws, I would refrain from call it a bad adaptation. However if you were looking for epic action scenes, battles, over the top characters or a wholesome yuri show because of the word “Picnic” in the title, you will be disappointed. 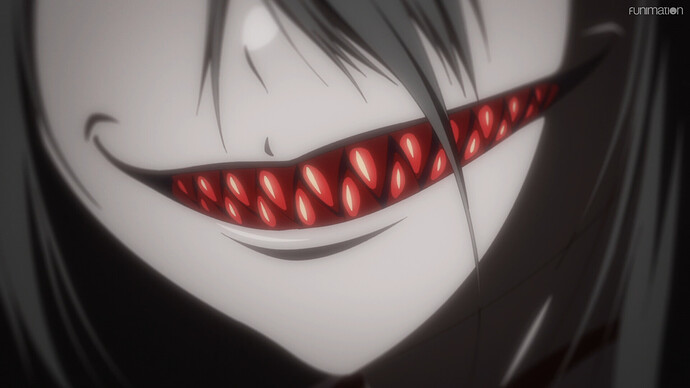 As I have now started reading the light novels, it is worth mentioning that the light novels do a much better job at story telling especially with the pacing and includes a lot more important and interesting dialog and monologues that were cut from the anime which were supposed to give more depth and perspective to both the world and characters of the series. If you found the anime interesting I highly recommend checking out the original light novels as they have official English translations. 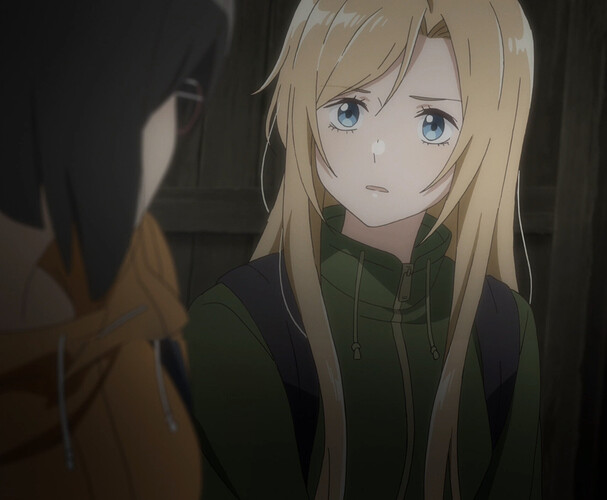 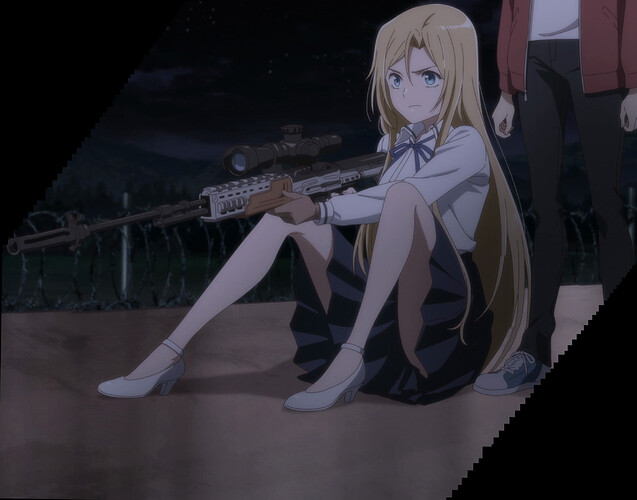 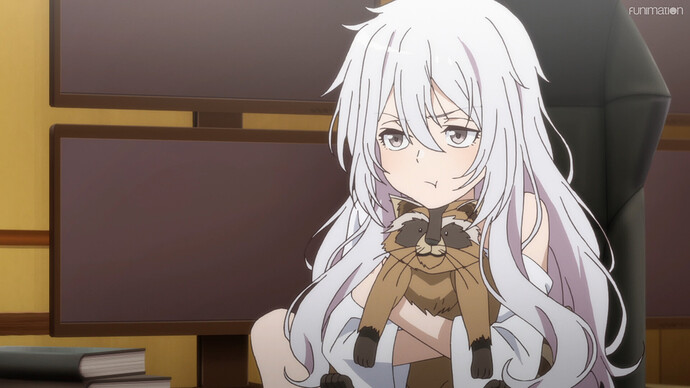 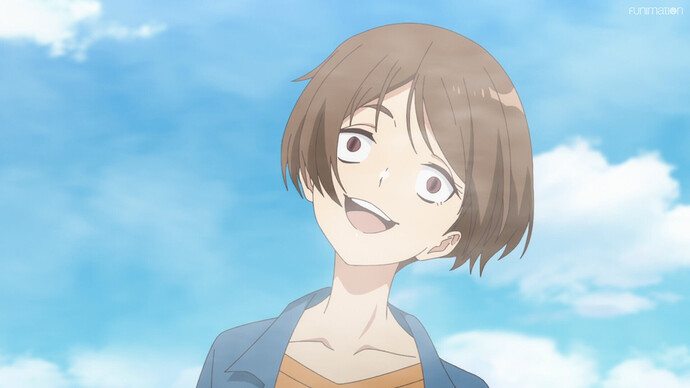 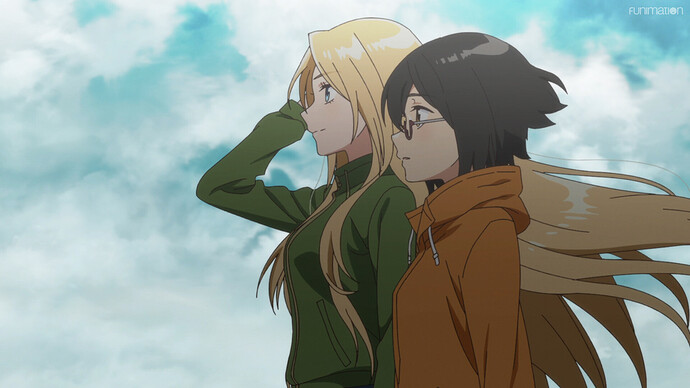