Guys, it seems that a proper nyaa replacement is here! And it’s called nyaa.si

I first thought that pantsucat will endup being the new nyaa because they were basically a nyaa back up but it seems like nyaa.si is more refined from what I can tell. Also horriblesubs plan on using nyaa.si instead of pantsucat and alternatives meaning that nyaa.si will probably be the most popular amongst the alternatives as horriblesubs has the largest number of “followers”.
Here’s what the HS mod had to say about it:

I’m curious as to what the “bad things” they heard about pantsucat are lol. Also it seems that anidex upgraded their servers as well after they were bombarded with traffic after the old nyaa suddenly vanished and they seem to be running pretty smoothly too but I’m betting my money that nyaa.si will be more popular.

What do you guys think?

I recently started watching Gintama and downloaded the batch 1-126 using a Magnet Link from Horrible Subs. Then after they introduced the new torrent site I proceeded to the second Batch and sadly it does not work can anyone tell me why this is happening?? ( I noticed that nyaa.si says that this batch does not have any seeders. Is this an issue?) Also does anyone know whats up with BakaBT??? 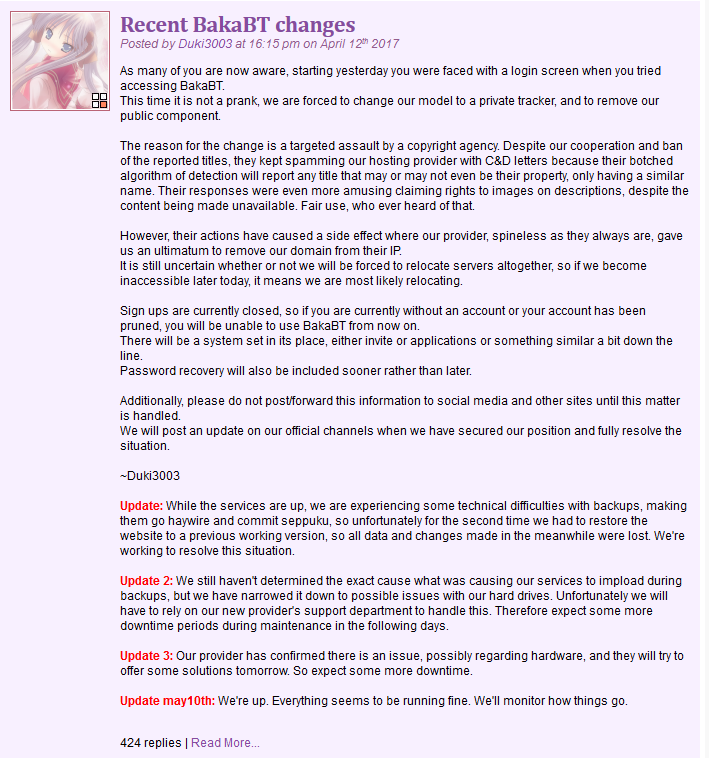