No. of Episodes: 13 and a full length OVA 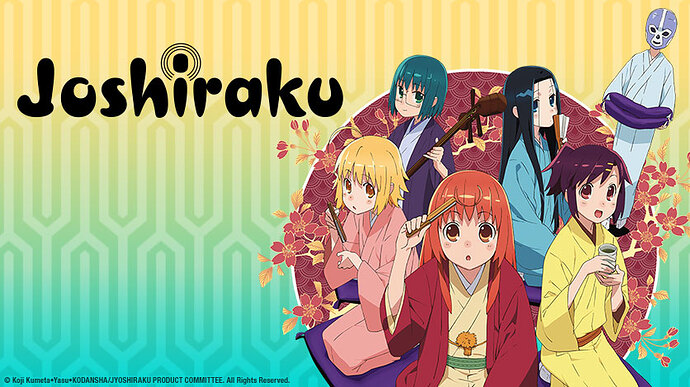 It’s no secret that anime has been invading on mainstream territory more and more recently, with hit shows like Attack on titan and Sword art online leading the font with their large fan bases and sheer presence in all forms of media and the recent involvement of big companies like Netflix helping to draw in many normies who otherwise would have never stumbled upon anime. Even though this should be a reason to rejoice for us anime fans, it also means that there are many great anime, masterpieces even, that will get overshadowed by the big titles and get overlooked by the vast majority. One such anime I was fortunate enough to stumble across is Joshiraku!

Joshiraku follows the story of 5 girls who are rakugo story tellers (a type of traditional story telling in Japan) and their conversations relating to the many usual and unusual things that happen in their daily life.

While the above synopsis is technically the basic setting on the surface, the actual anime is just a treasure trove of meta references and puns that will have you gasping for air from laughing too much. It is safe to say that along with Gintama and Pop Team Epic, Joshiraku is one of the most meta anime I have ever encountered even after being an otaku for over a decade. 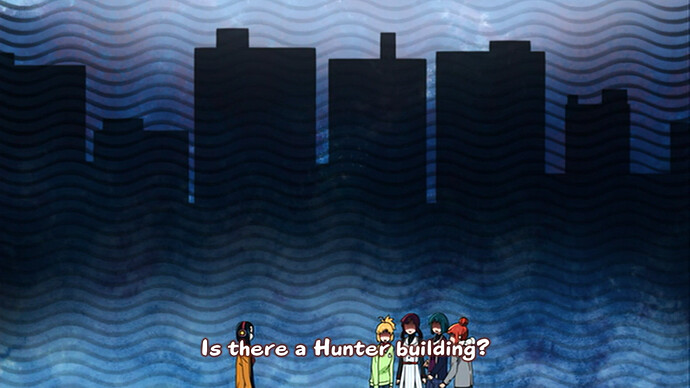 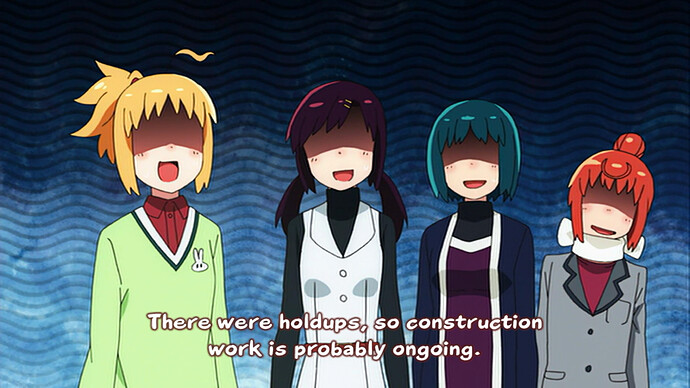 joshiraku_screenshots_72560×1440 520 KB
Where Joshiraku differs from anime like Pop team epic and Nichijou is the delivery of the jokes and the punch lines. Most anime in this meta-comedy genre (a rare breed nowadays in itself) have a more “in your face” delivery style where the joke is often largely exaggerated and the punch line actually “punches” you in the gut. While I like this type of comedy as well, Joshiraku offers a breath of fresh air because of its subtly, where the jokes and the puns are often said with a straight face and often takes a sarcastic tone, which is a rare find in anime. Some of the references and jabs are so subtle that you would miss them if you weren’t paying attention enough, which in my opinion, is the charm of the show.

Joshiraku also breaks the 4th wall constantly to call out the mangaka, their own voice actors, the manga publisher, the animation studio and even the TV channel the anime aired on in Japan, and each time they do it so cleverly that it made me laugh to tears without fail. 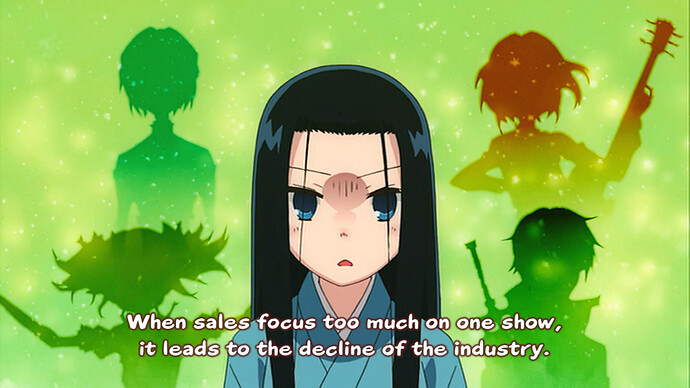 The animation is surprisingly good considering its a slice of life and most of the content is in the conversations rather than the action. (They even joke about whether they need such good animation when they are just talking most of the time). The colours are vibrant and the backgrounds are very detailed (mostly because 90% of the backgrounds are references to real places in Japan). 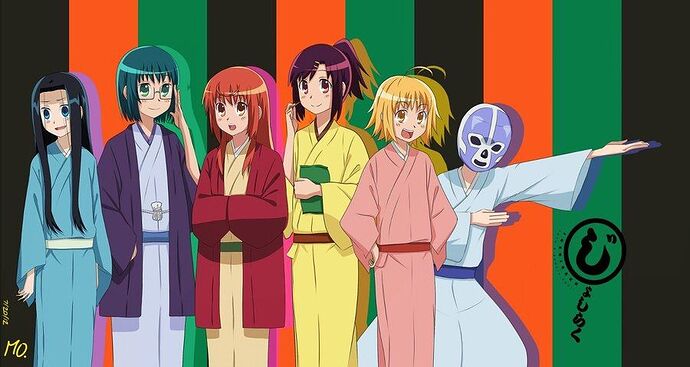 Joshiraku has one of the best Opening and Ending songs I’ve heard in anime. (They are still stuck in my head). The background music blends in well but not anything special compared to the rest of the anime although the special effect sounds were really good and packed a punch.

Joshiraku is a great comedy anime, and I personally consider it one of the best in the genre. If you are looking for something meta and a lot of 4th wall breaking you should definitely check it out although, as with other reference heavy anime, you need to have consumed a lot of other anime/manga in order to really enjoy it and get the most out of the jokes. In other words, to enjoy it fully you need to be an intermediate or veteran weeb. Those just getting into anime will probably not understand much of whats going on hence I will not recommend it to beginners.