Damn the cringe has faded away.and now Barusu is back.
Ahhhhhh an episode where i didn’t feel like banging my head against the wall. 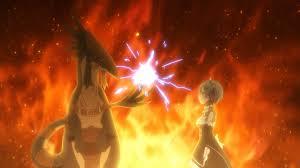 This episode was cute. The only itch I had was the unnecessary Rem service about the lying part.

Buuuttt she was super cute riding the dragon and being jealous. So smol and cute.

THAT WAS THE BEST PART! PEOPLE GRAB YOUR PITCH FORKS! THERE’S A REM HATER HERE

On a more serios note, the lying part had a much deeper intention, She was able to tell that Subaru was lying even when Crusch’s divine protection couldn’t…

Because she loves and understands him?
//rolls eyes// 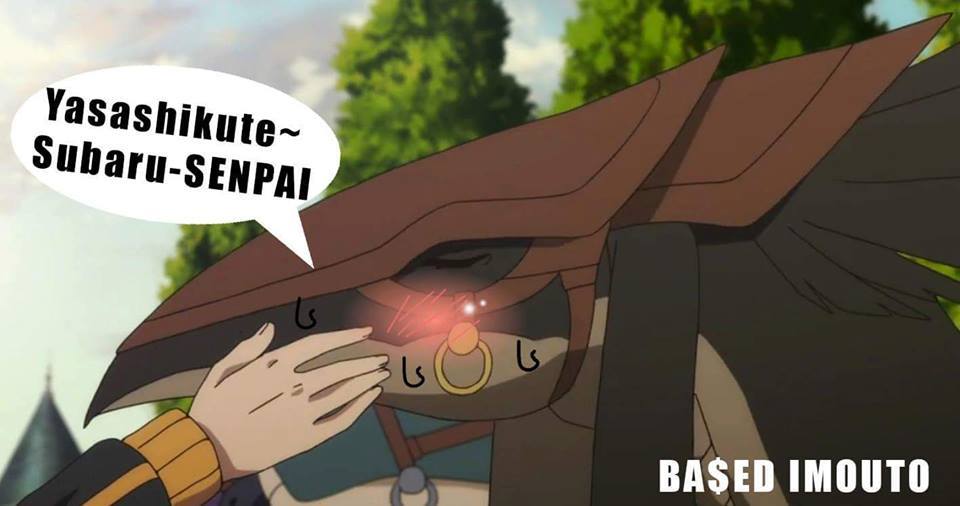 Because she loves and understands him?//rolls eyes// 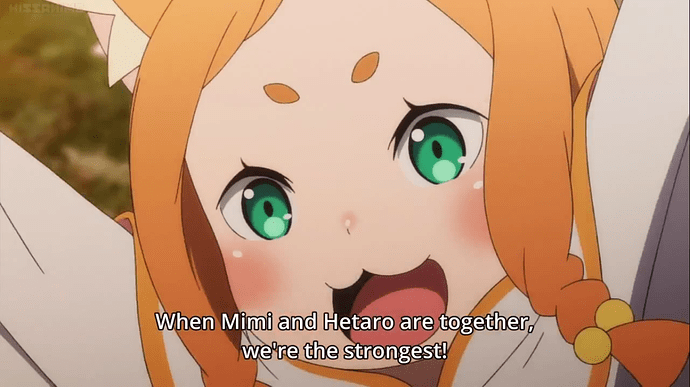 the real cutie-pie of this ep tho

This proves it. Divinity is flawed in ReZero. Divine protection don’t work in the fourth dimension.

We got to see a lot of nice stuff this episode. The land dragon from the OP, Felix’s male form and dogs riding dogs. 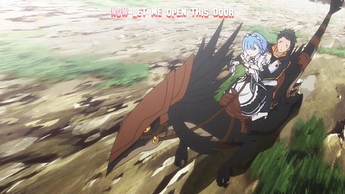 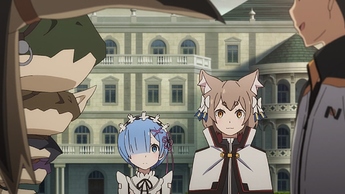 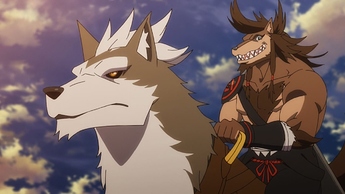 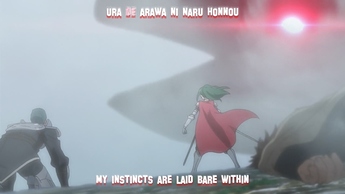 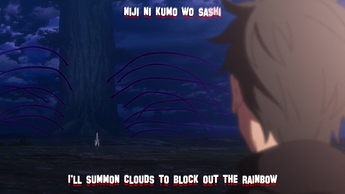 @DrCarrot and I were discussing how it looks like she couldn’t see the hands even though Subaru could.

Love how you try to justify the logic of Remus lovu.

She smiles, nothing seems wrong to her and only Subaru can see them.
Also it takes place at the tree, which holds some significance.

Now about this tree, @evilkeil posted a link before with something interesting. PLease take a look.

Who is Flugel, was he mentioned elsewhere?

Also the master swordsman existed in this world, which could mean two things :

Furthermore, what does Crush have under her sleeve? Just the power of her army? One assembled overnight?
Would that be enough to take down a being so feared , so powerful , that it reigned for 400+ years. ?
It will be interesting.

implying that if done so your existence will be erased

which was wt happend wt Rem?

exactly. But the question is why could Subaru remember, why was it only him transported to a new timeline?