WEWEW ,What a ride eh?

Gotta say,I enjoyed this manga a lot.It had its ups and downs.At times it felt like it was dragging and was getting somewhat clichéd,but it always bounced back on track.The comedy was on point and had me bursting with laughter at times.It also had its fair share of heartwarming and emotional moments.

It teaches you that yhe person you seek could be hinding under your very nose.That you should always express your feelings and not hlod back.

Ever since the start i kept jumping from camp Chitoge and camp Onedera,tho towards the end I was more of a Chitoge fan tbh and am glad that she won the waifu war

As for the best ship IMO its ShuuXRuri.I dare say their story was better than Raku’s tangled clusterfuck.Their arcs got me more teary eyed than most other emotional arcs and I sorta wish. They got their own spinoff. 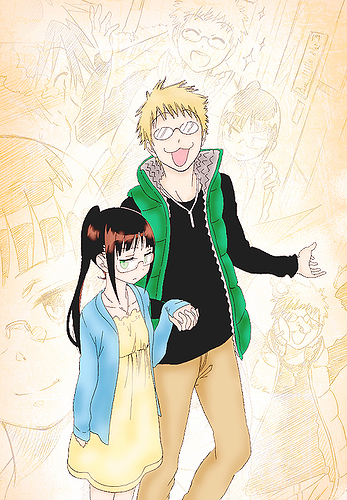 And so, The waifu wars reaches its Conclusion . 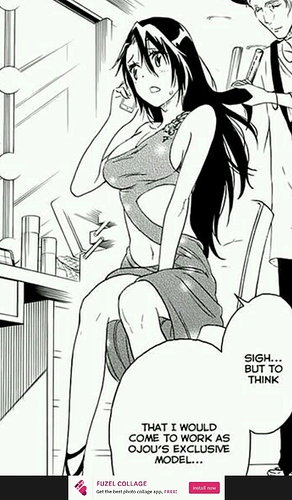 i was in the onedera from the beginning but at the end chapters my heart did waver and wished that chitoge would win and it happened !!! 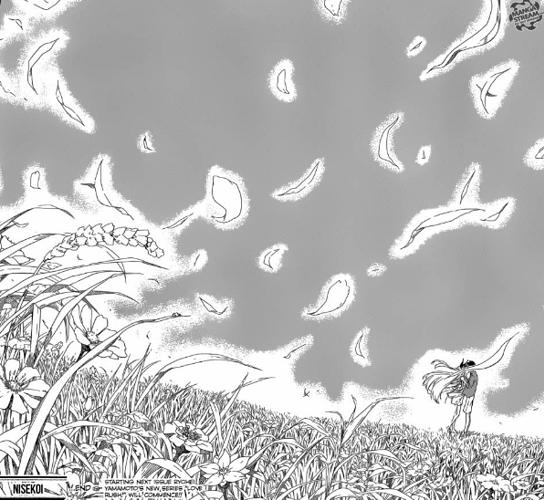 all in all the end was really satisfying !!! 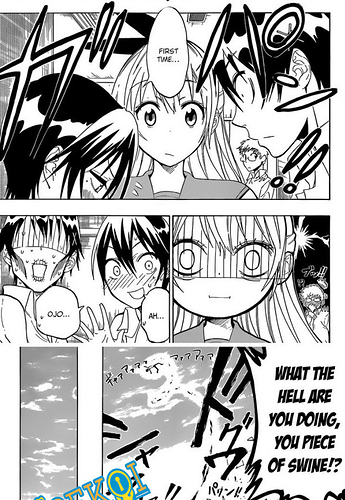 I have to say I was bit worried at the end, Onodera kind of had the edge until she was blown away by the girl that makes Raku fly all the time LOL