Cosplay scene is blooming in Sri Lanka! Kudos to those who are inovlved 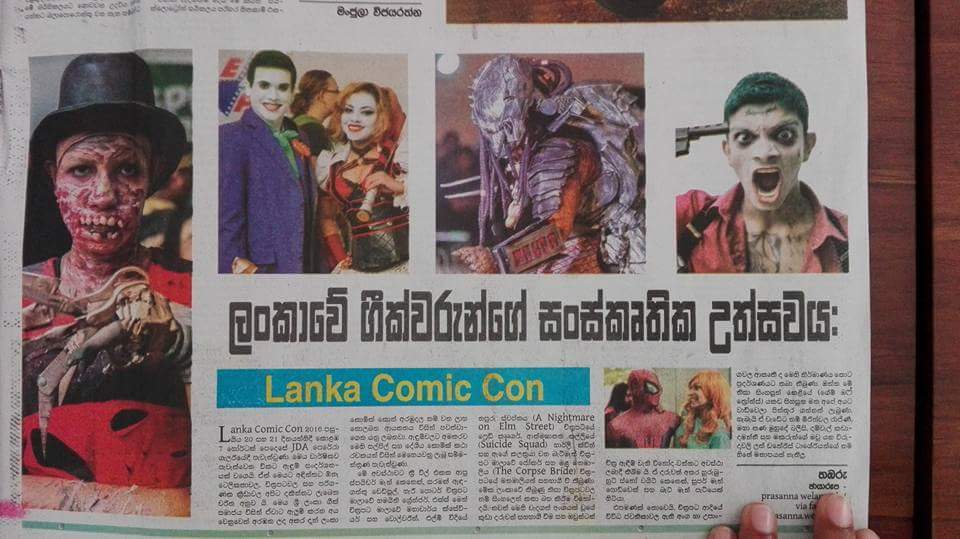 wats the name of the sinhala paper ?

i have no clue! just saw it in the cosplay group >.<

Should ask the guy who posted it!

who are u cosplaying as anyway a street thug ??

Carrot was a Japanese delinquent. It was a street thug in a way…

so u entered the original cosplay category ?

Yep yep. I thought I had a chance…until Harambe showed up…

It was interesting because of the fact it was full #titsout.

finally we are on news

there were many good cosplayers though:)

Your orochimaru cosplay was really damn cool. Did you make the sword yourself?

I make everything myself…flak jacket ,pants ,long sleeved T-shirt , head band everything was done at home

That’s brilliant!! Did you stitch them yourself?

but mostly it was done by her