Today’s naruto episode was a blast!

.Sealing off Kaguya, Naruto’s birthday, Chat between Madara and Hashirama (started crying in that scene

Man that was the best episode ever​:heart_eyes:. It’s so sad that the anime is gonna end Next week.

I cried my eyes out! I Especially when Naruto started telling Minato everything in a hurry! That was so sad!

Plus all this time I was ignoring reading about the fact that Naruto may end pretty soon but today I was convinced that the end is near and it’s truly heart breaking! Especially for someone who got in to Naruto very very very late! I wish I had more time to enjoy it

Yeah, it was so heart breaking. The episode guide says the next episode would be the last,but how could they be so heartless to end my favourite anime series (the climax in it) in one episode?! Saaaaad…

WTFFFFF !!! just one episode ?? the long overdue fight between naruto and sasuke is just gonna be in one stupid episode??.. fuck >.> this is a deal breaker man…

I don’t keep up with the anime, I read the manga weekly though . Didn’t realize it already caught up!
Might check out this episode for old times sake

PLEASE SOMEONE TELL ME THAT ITS NOT GONNA END NEXT WEEK 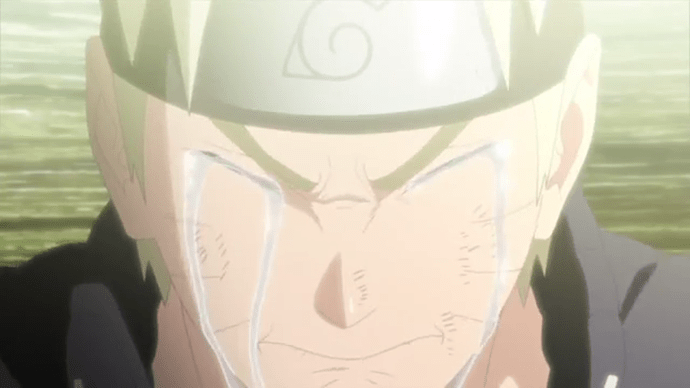