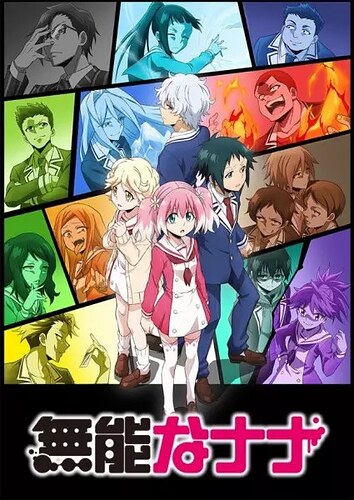 Humanity is facing a great threat at the hands of dreadful monsters dubbed “The enemies of Humanity” that started appearing appearing in the world 55 years ago. Coincidentally, humans gifted with supernatural abilities such as pyrokinesis and mind reading also started appearing and it was deemed that these “talents” could be used to combat the threat. Hence, teenagers gifted with such supernatural talents are sent to a special academy on a secluded island to hone their powers to one day fight against the enemies of humanity. One day, the academy gets two transfer students, Hiiragi Nana and Onedera Kyouya and soon after, a series of mysterious events are set into motion.

Reading the synopsis above may lead you to believe this is the most generic plot in the shounen action genre and I wouldn’t blame you for thinking as such as I too thought the same thing before actually giving it a try but calling Munou na Nana a generic shounen anime after just reading the synopsis would be the same as calling Madoka Magica a generic mahou shoujo anime after reading its synopsis, and we all know how that turned out.

Munou na Nana is an anime that masterfully deconstructs the whole shounen genre and its overused tropes with masterfully placed plot twists and story telling that constantly keeps reminding you that nothing is as it first seems. Munou na Nana would follow a well established shounen trope for a little while before completely deconstructing it and taking it in a direction that even the most seasoned anime fans would not see coming. 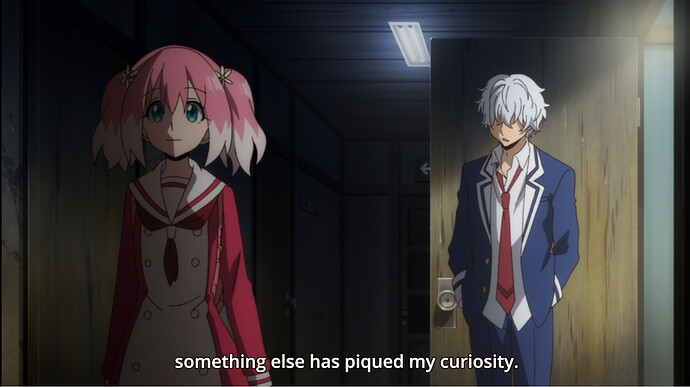 A cross between Death Note and Among us (yes, the game) would be the easiest way to describe Munou na Nana without giving away any spoilers. One of the students is a serial killer who believes that what they are doing is in the name of justice and another plays the role of the detective using their wits and deduction skills to try and catch the culprit. See the similarities yet? As with Death Note, Munou na Nana features a lot of psychological warfare and the main characters would spend half their time trying to predict each others moves and setting both physical and psychological traps accordingly. 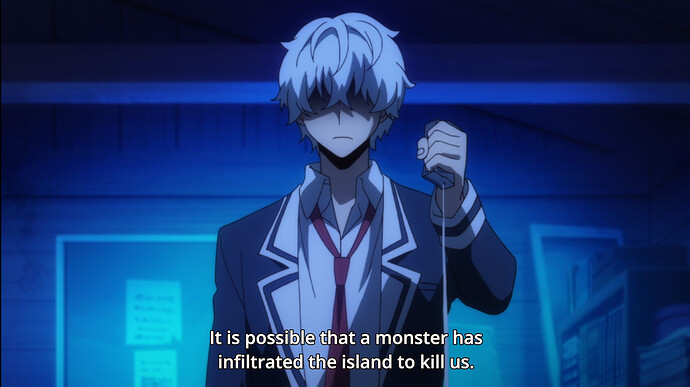 The animation was fluid and consistent with the fast paced action scenes animated surprisingly well. The character expressions were also well animated and were able to successfully convey the main characters’ feelings during their many monologues.

The music was also very good, with catchy opening and ending songs and the BGMs, while not too memorable, served their purpose by enhancing the various emotional scenes in the anime.

It’s refreshing to get a proper deconstruction of the shounen genre after the mid 2000s where anime like Death note and Code Geass took the anime fandom by surprise. While Munou na Nana is still a long ways off from reaching their level, what it achieved in a short 13 episodes is nothing less of admirable. If you liked anime like Death Note and Code Geass where the main characters needed more than just the “power of friendship” and screaming at the top of their lungs to get things done, you will definitely enjoy Munou na Nana. My only complaint is that while the anime ended on a powerful note, the ending was also a considerable cliff hanger so be prepared to either pray to the anime Gods to give us a season 2 sooner rather than later or start reading the manga which is already considerably ahead of the anime. There is a silver lining if you do opt for the latter route as the anime seems to be almost an exact one to one adaptation of the manga so you will have no trouble picking up the manga where the anime ended.

Not exactly… It’s more like “Imposter” the anime. There is one imposter killing off students one by one while pretending to be a normal student as opposed to a battle royale situation where everyone would be trying to kill each other I guess…

Yeah it’s like the concept of Among Us and the mind games of Death Note put together.