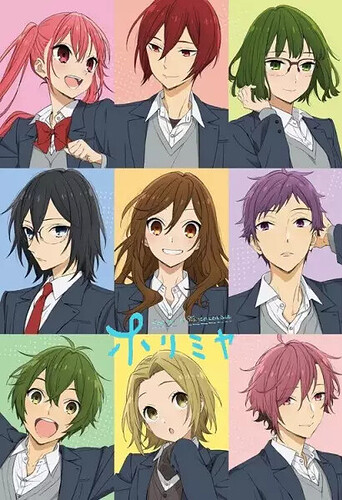 Miyamura Izumi is a quite and gloomy student that keeps to himself at school and it makes him almost invisible to the rest of his classmates. Meanwhile, Hori Kyouko is one of the most popular students in class and has both beauty and brains. Naturally, Miyamura thinks that they are worlds apart and can’t be more different but a chance encounter after school reveals both their secrets to each other. They are both leading double lives after school. Horimiya follows the story of Hori and Miyamura as they get to know each others true selves as well as their various friends and their relationships.

Horimiya is a rom-com like no other, be it anime or manga. All the characters have common sense for once and with it, the ability to resolve misunderstandings, two skills that most characters in the rom-com genre largely lack in. Hence, without relying on cheap and cringe worthy drama, Horimiya relies on self-realizations that leads to character growth, heartfelt character interactions and various situations involving its comparatively large cast to progress the story. This results in a rom-com with surprisingly mature characters and also very easy to watch due to the lack of unnecessary drama. The natural, non exaggerated reactions makes the characters feel more real and that you’re living alongside them. 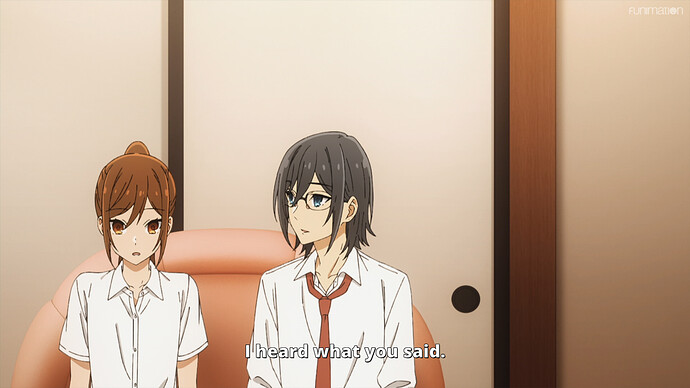 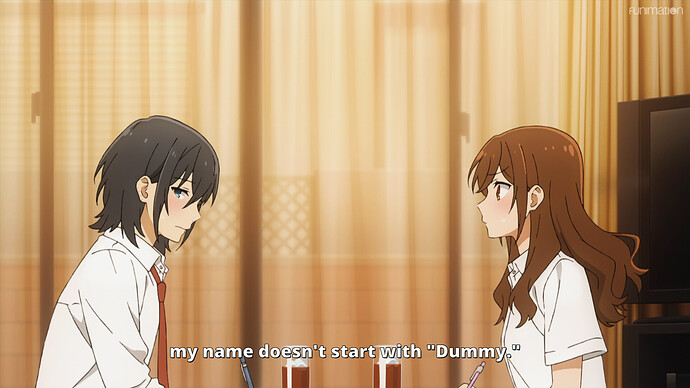 Horimiya, being the anime adaptation of one of the most popular rom-com manga of the last decade, was surrounded by a lot of hype since the day it was announced. Many fans including myself have given up on a fully fledged anime adaptation hence the adaptation by Clover Works caught the fandom by surprise. The romantic developments of the manga mostly stopped after around chapter 60 and only picked up again in the last few chapters. The rest were mostly mundane slice of life situations that didn’t really go anywhere. When the anime was announced to be only 13 episodes, there was speculation on how and what they will adapt into the anime as even if the latter slice of life chapters were left out, there would still be more than 60 chapters worth of content to adapt.

The anime ended up adapting a mix bag of chapters, with the first few and the last episode focusing mainly on the lead couple, Hori and Miyamura, while the rest of the episodes focusing on the side characters and their romances. As the anime was only 13 episodes, attempting to focus on both the main couple and the rest of the cast meant that they could only animate so many scenes for each of them. This meant that the main couple did not get as much screen time in the middle of the series as I would’ve hoped and some of the fan-favourite arcs from the manga like the school trip were skipped. 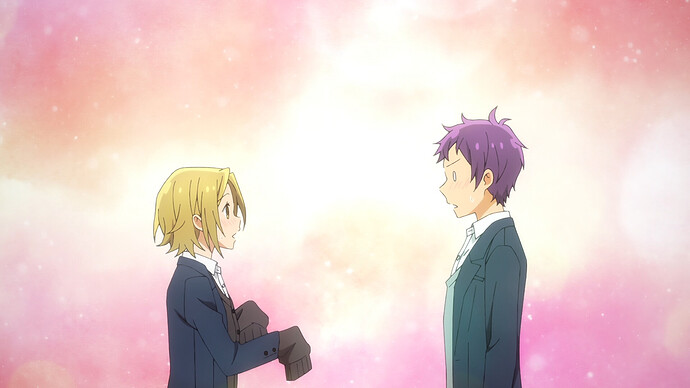 The sense of time throughout the anime was also considerably distorted. A month in the manga felt like a day in the anime as they often adapted chapters far apart chronologically in the manga to a single episode. However, the chapters they did adapt were almost always incredibly well executed with great pacing and exceptional voice acting. This combined with the satisfying final episode meant that despite the flaws, the anime felt rewarding and satisfying plot wise despite its short comings.

Cloverworks has once again done a great job with the animation. The colours were very vibrant with great colour direction, often controlling the colour saturation to match the scenes. They also made use of some unique techniques like blank backdrops with colourful outlines when displaying subtle but powerful reactions that worked really well when expressing the inner feelings of the characters while maintaining subtle and natural facial expressions. 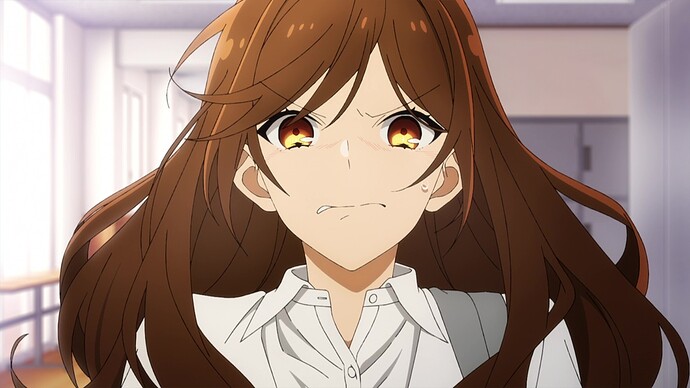 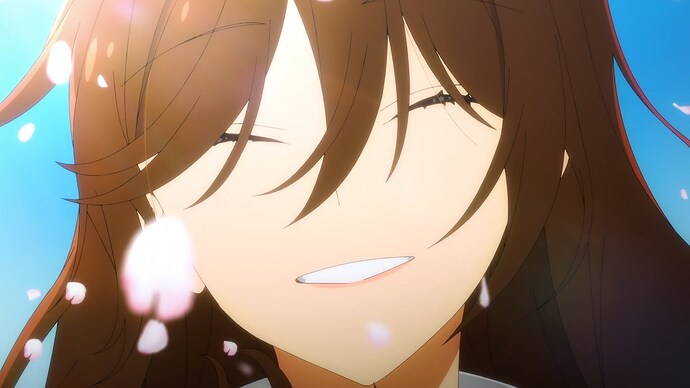 The details of the characters, the consistency of the animation and the overall fluidity of the animation were all excellent. Cloverworks was also spot on with the facial expressions. They managed to capture the feelings of the characters in their expressions masterfully while still maintaining an air of naturalness without trying to exaggerate anything, keeping true to the manga. 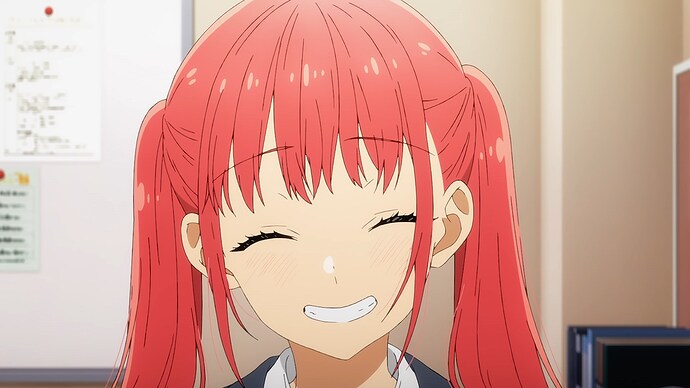 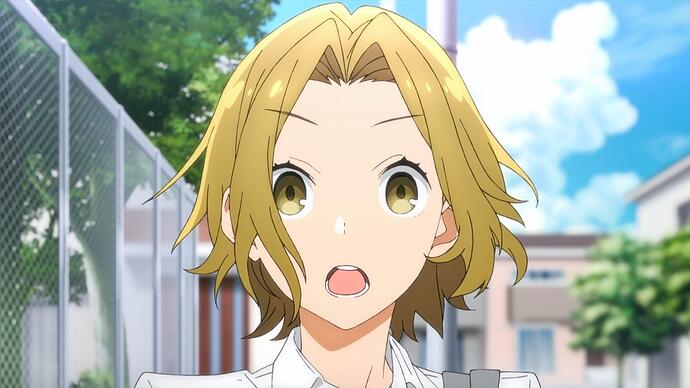 The opening and ending themes of Horimiya were nice but in no way among the best this season. The opening felt a bit too subdued for such a high energy anime and the ending was somewhat forgettable. The BGMs were more or less the same story. The only part about the sound directing that really stood out was the sound effects. Well placed sound effects really made some of the more dramatic scenes stand out.

Horimiya is the long awaited anime adaptation of the ever popular slice of life rom-com manga of the same name. The anime ambitiously sets out to cover the complete story of the manga including the side romances all in 13 episodes and achieves it with varying degrees of success. On one hand the anime executes some of the most iconic scenes from the manga perfectly with great animation and voice acting but on the other hand, due to skipping a bulk of the chapters here and there, the anime has continuity issues and suffers from inconsistent pacing between scenes.

However, if you are a fan of the slice of life rom-com genre, Horimiya is definitely a must watch anime and it is a testament of how drama and misunderstandings are not necessary to create a great rom-com. 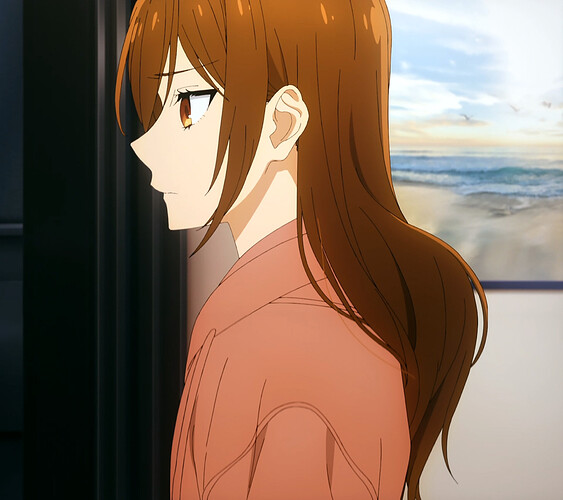 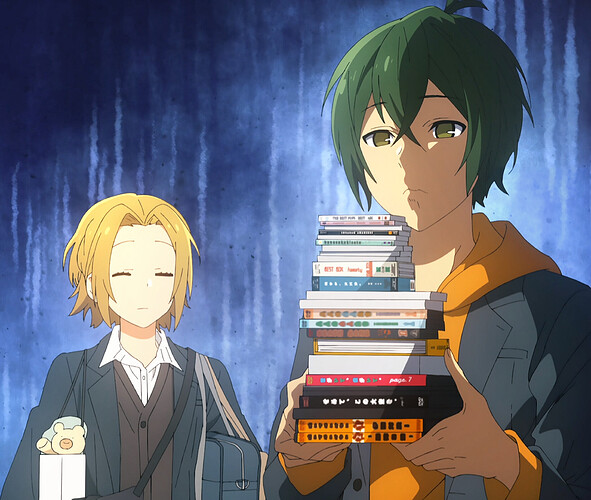 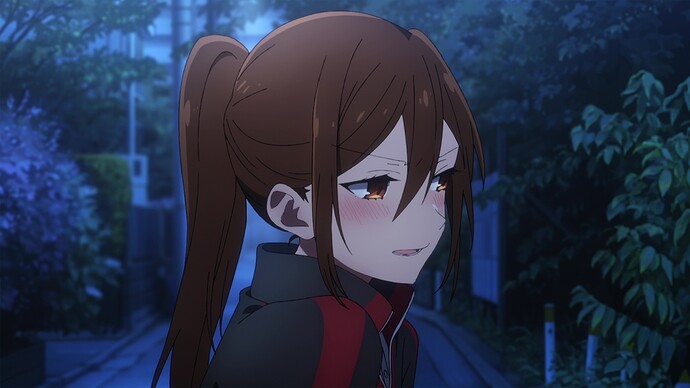 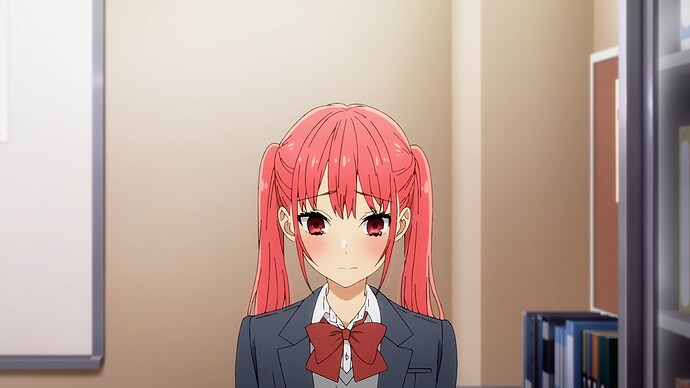 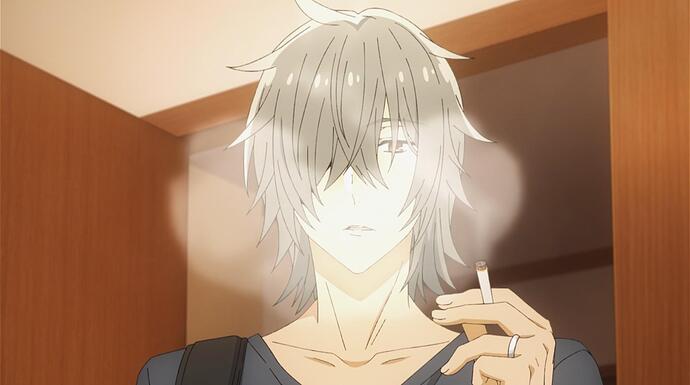 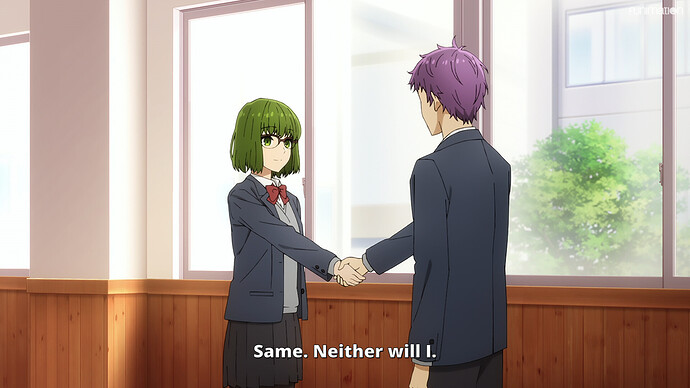 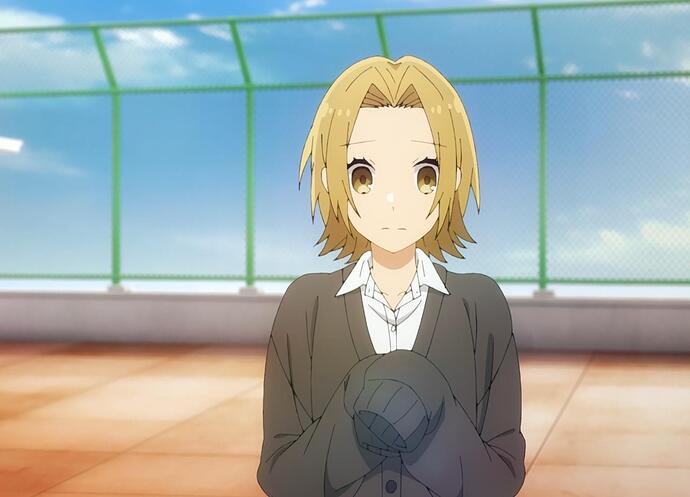 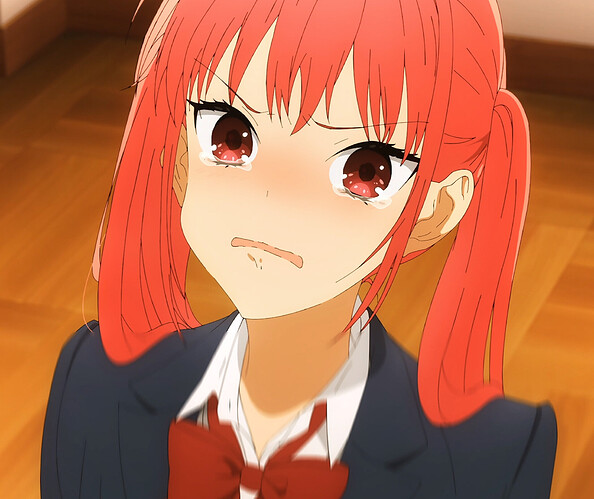 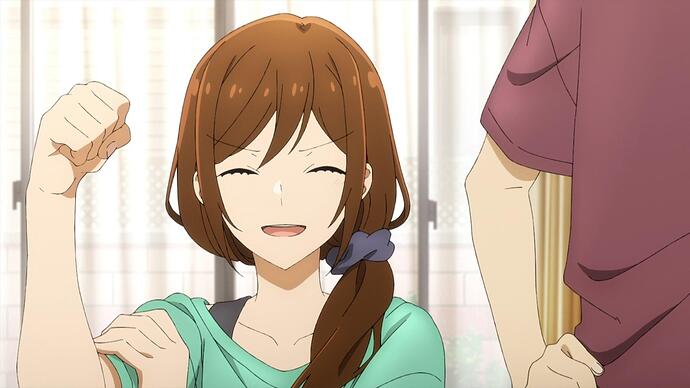 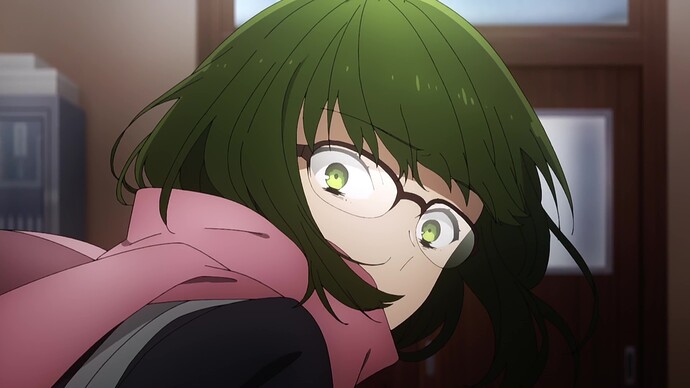 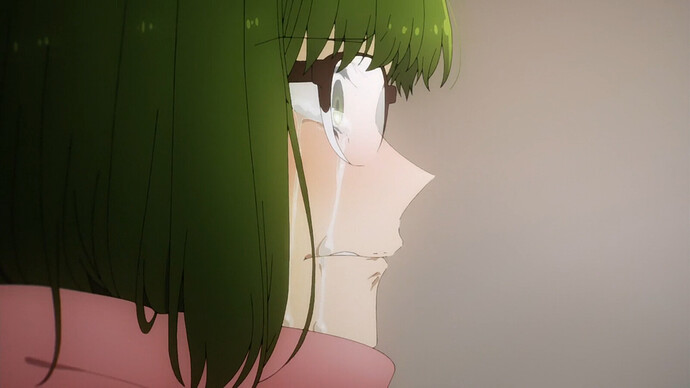 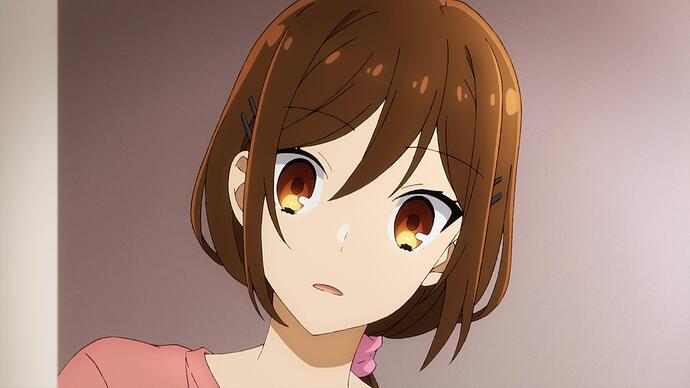