Guys what do you thinks of mirai nikki?

To me its freeking scary and weird

It may be weird, but it’s one of my favourite series. Because

The scary part is part of the fun.


Also if you're watching the anime, watch any version that is based on the GotWoot subs. Because they have the phone screens nicely translated. 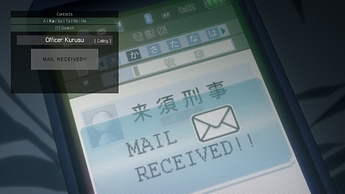 I sorta liked the concept .and it has one of the most iconic yandares of all time.and had pretty dark back stories too.
not perfect but a good animu with a hype I’d understand

quite enjoyable story. its a very plot twisting anime so yeah.

Story is mostly shit… But enjoyable if you like killing…

Yuno is love, what else xD

The concept was nice, and it was enjoyable xD but there were certainly parts that could have been done better tbh
Like the end (cough) the hammer (cough) 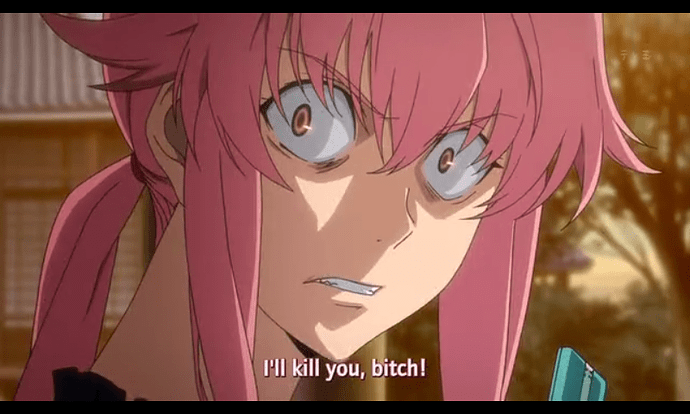 I’m a fan of mystery and time travel anime, My main liking towards Mirai Nikki was Yuno’s mysteriousness and how we were given clues about her and how her back story unflolded throughout the series. Some twists I never saw coming! Yuno’s multiple personality disorder causing her to go Yandere was also a major reason I liked it. I’m a fan of psychological themes and Mirai Nikki executed it perfectly. How she seemed like a loving well natured GF at one time and a cold blooded murderer in the next was always amusing to watch, and I found the explanation of how she got that way is quite understandable.
Besides Yuno there most of the other characters involved in the death game were interesting as well. Especially Uryuu Minene. There were also some NGE references here and there which I found amusing. My only complaint is the extend to which our MC lacked a backbone. He was truly Shinji level. While I agree that the contrast between him and Yuno is a major part of the plot his lack of a backbone was a bit too much and painful to watch. Well except for that minor drawback I really enjoyed Mirai Nikki although it seems to be a hit or miss anime where you either love it or hate it.

I didn’t notice any NGE references. Then again, I only watched NGE after Mirai Nikki.

I really enjoyed the show even though it had some tiny(In my opinion) plot holes.

It was pretty awesome till the ending though, I hated those last two episodes, and it had one of my favorite moments in anime when that white haired gay kid was killed, that was pretty epic, It was one of those really enjoyable to watch but won’t make its mark as great anime, oh and fucking awesome opening.