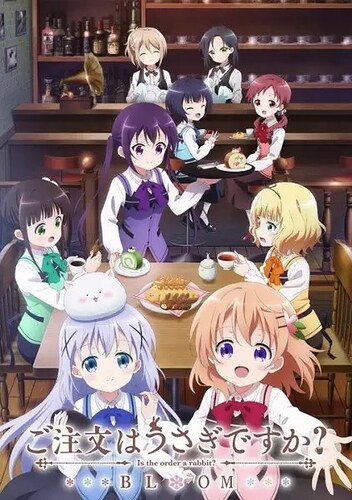 Gochuumon wa Usagi Desu ka? or GochiUsa for short, is a heartwarming slice of life comedy franchise with a tinge of the supernatural, revolving around Rabbit House, a simple cafe set in a European styled town (inspired by a real town near the French-German border called Colmar). The story mainly follows the adventures of the three waitresses working at Rabbit House as well as their many friends, some working at rival cafes in the same town.

Gochuumon wa Usagi Desu ka? Bloom which aired this season (Fall 2020) is the third season of the series as well as the 5th (animated) installment of the franchise which also includes a movie and an OVA.

GochiUsa Bloom picks up right after where the OVA ended with Rize, one of the three waitresses at Rabbit House about to enter College and Chino, the daughter of the cafe owner, along with her two friends, about to enter high school. Hence it is set in a time frame where many of the characters have to make difficult decisions about their future. The anime utilizes these circumstances very well and uses this opportunity to make way for loads of character development without making it feel forced like many other anime in its genre. This is further accompanied by the development of the many relationships between the characters as we see friends supporting each other on their decisions. At the end of the season, all the character development, relationships and the general direction of the story felt very tangible and not at all superfluous and artificial. Furthermore being able to do this without any apparent drop in the comedic aspect or the overall lighthearted nature compared to the previous seasons can be credited to the astounding writing and pacing of the show. 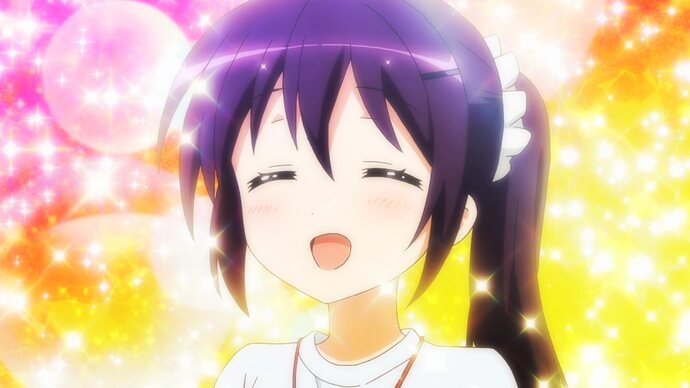 GochiUsa Bloom, like the previous installments of the franchise, and unlike many other anime in the comedy genre, does not rely on recurring gags for comedic relief. Instead it utilizes the plot and scenarios themselves as well as the personalities of the characters to incorporate comedic relief. This makes sure that the jokes never get boring or overused and the transition from a heartwarming scene to a more comedic one isn’t so jarring.

The many other quirks of the franchise also make a return, with slight supernatural elements sprinkled in and lots and lots of rabbits as always (as the name suggests). 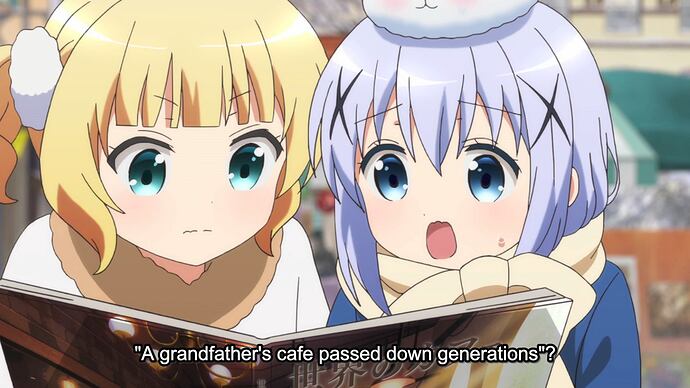 The animation is top notch as always and surprisingly even a step above from the previous seasons considering they switched from White Fox to a lesser known studio called Encourage Films. It was very consistent and fluid and was accompanied by very detailed and vibrant background art that made the whole town come to life. In all honestly I would say the animation was even very close to the likes of Kyoto Animation if not for the occasional visible shading gradients and soft lighting.

The music has always been one of the strong points of the franchise and this season is no exception with very catchy opening and ending songs and a heartwarming insert song in the last episode.

In conclusion, GochiUsa Bloom has solidified the franchise at the very top of its genre and joins the ranks of classics like K-ON and along with K-ON, it is one of the only of the only slice of life comedy anime that has been successful in incorporating great character development and a plot that actually moves forward in time. If you are a fan of the genre and enjoyed anime like K-ON and Kiniro Mosaic you should definitely give GochiUsa a try. 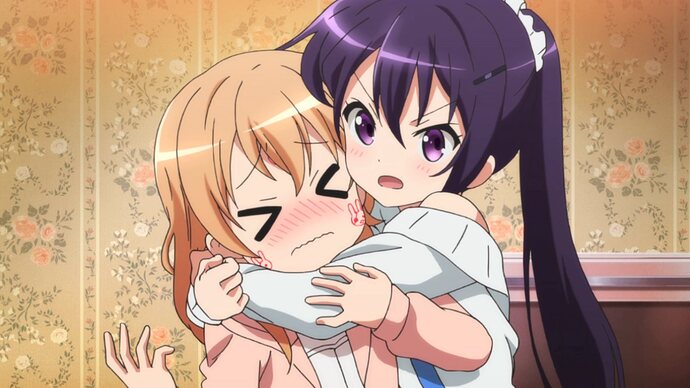