Fear and Loathing in Las Vegas, anybody?

Found these guys through the overly epic anime intro song of “Kiseiiju/Parayste the Maxim”. For those who dunno,

They also make other epic music as well, and the cool thing is how most of them, even though they contain more metal elements, seem to have certain emotion triggers in them, especially in the auto tuned main vocal sections. It works, honestly.

I have some of their tracks… They are awesome <3

Ooh , I remember they also performed for an opening Gokukoku no Brynhildr.Didn’t know they were a Japanese band back then. 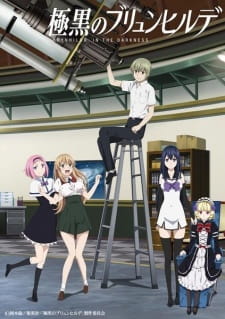 Venturing into the wilderness, the skeptical Ryouta Murakami and the ambitious Kuroneko were on a quest to prove the existence of extraterrestrial life when a tragic accident occurred, reaping Kuroneko of her life and leaving Ryouta in a critically...