Diary of Our Days at the Breakwater (Houkago Teibou Nisshi)

**Diary of Our Days at the Breakwater (Houkago Teibou Nisshi) ** 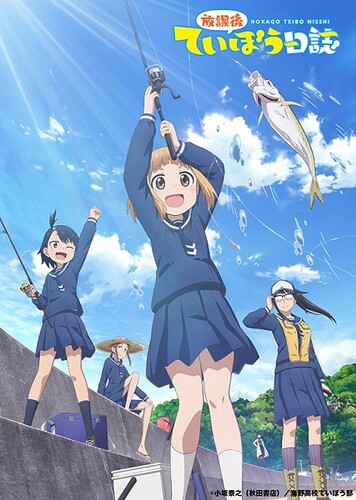 The seaside town of that Hina Tsurugi moves into is a peaceful and vibrant one, and with that feeling is what she wants to move forward with, in her new school life at Umino High School…Joining the handicrafts club and enjoying her new life is all she hoped for until she encountered Yuki Kuroiwa, her new senpai, along the coast who was fishing at the time, after being “manipulated”, Hina was made to join Umino High’s Breakwater(Fishing) Club which Yuki is the club president of. Hina finds herself also in the company of her old childhood friend Natsumi Hodoka as well as her reliable senpai Ohno Makoto who is also a part of the club…although planning to turn the offer down, Hina was made to participate once in their club activities involving fishing down at the Breakwater and preparing a meal out if it…in where Hina finds the unseen joy of the art of fishing as well as reaping the rewards afterwards.

So in a nutshell…this anime is about the daily adventures of the Umino High School Breakwater Club…from their daily catch at the coast all the way down to more grounded and character-centered activities and living their best lives while at it.

Houkago Teibo Nisshi follows a path that ultimately leads it to being one of Studio Doga Kobo’s best animes ever created…The way it presented it’s craft of fishing is so well done, it keeps you engaged and “hooked” onto it all the way to the end, even if you have no prior knowledge or not even a slight interest in fishing. 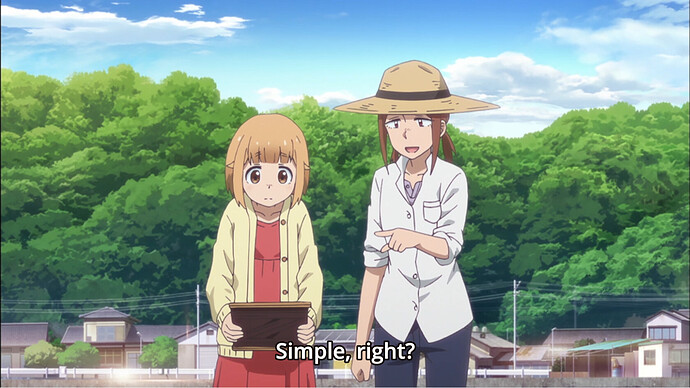 It’s level of technicality is crazy for a 12 episode anime…from how to tie hooks to how to cast properly, all the way which bait works on what fish…but every technical moment is balanced out amazingly with some effective and intricate character moments…either playing on Hina’s fear of bugs or big fish, or on how the lazy President Kuroiwa hatches cunning plots in the back which sends Hina further down the rabbit hole…even the more down to earth character moments between characters like Hina and Natsumi are also very nice touches that make you like the cast even more and making the whole setting feel lively 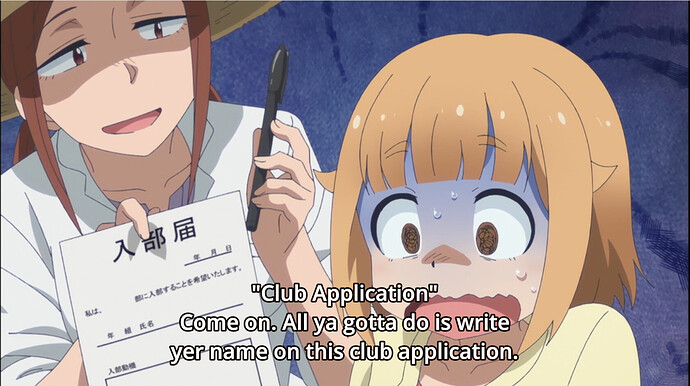 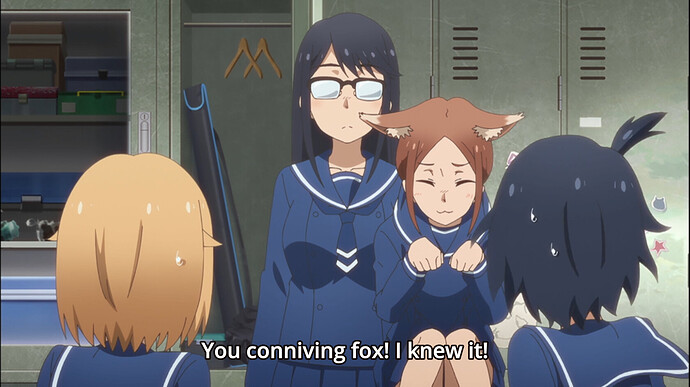 But where this series is a true marvel, is when considering it’s quality in visuals, animation and it’s absurd level of detail true to it’s craft…In the recent seasons, I can’t recall a single SOL anime that looks as good as this, saying the view was mesmerizing at times would be underselling it and it is followed by similarly great character models as well as animation that “never” cut corners throughout it’s 12 ep run… 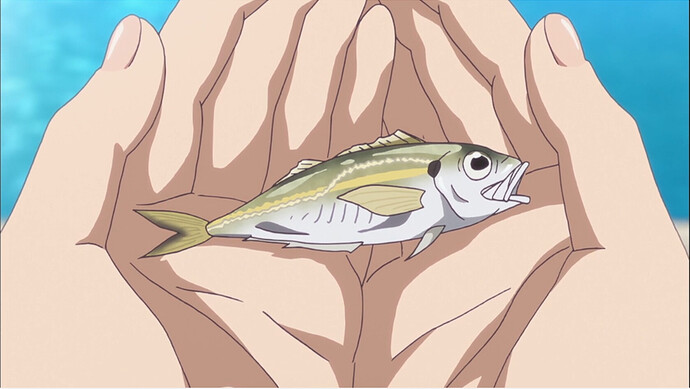 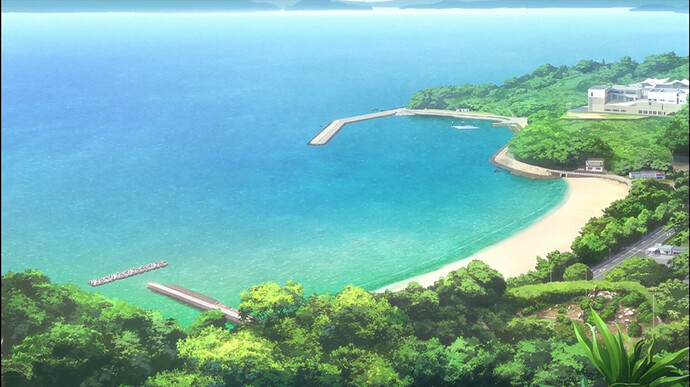 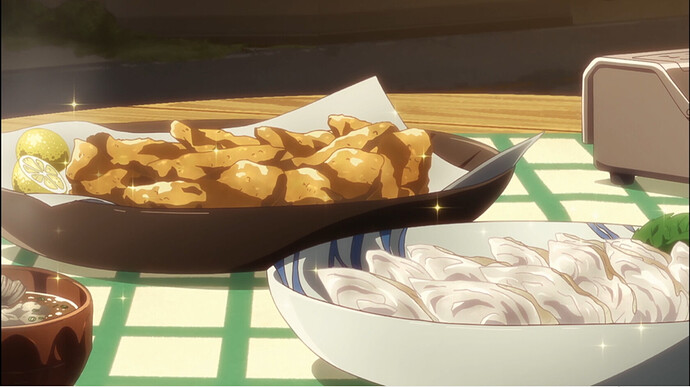 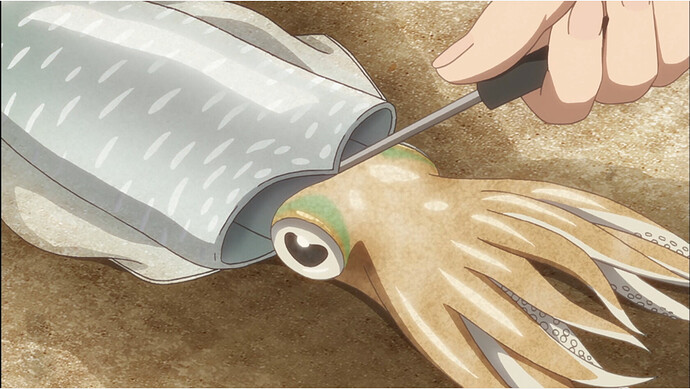 What impressed me the most…was eventhough it goes into high technical levels, it always showed every step of it, in hand drawn animation…including minor ones like precautions to practice and which permits to get, to major ones like procedures on gutting a live fish…we barely get any gore in modern day anime…but this literally shows everything…from the guts to the blood to the precise procedures without ever cutting the view away…and this amount of detail, plus character based interactions and presenting the craft without any faults in pacing…for that, it gets my applause. 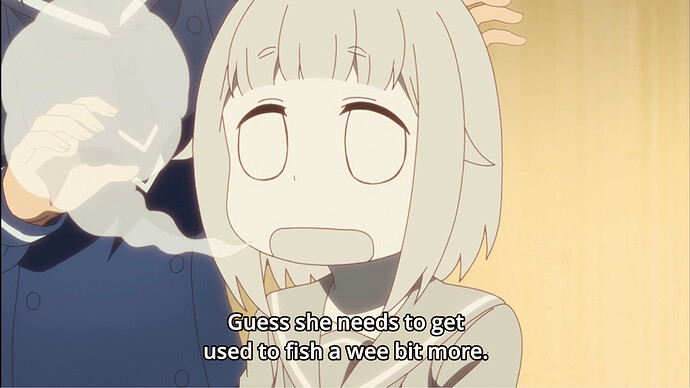 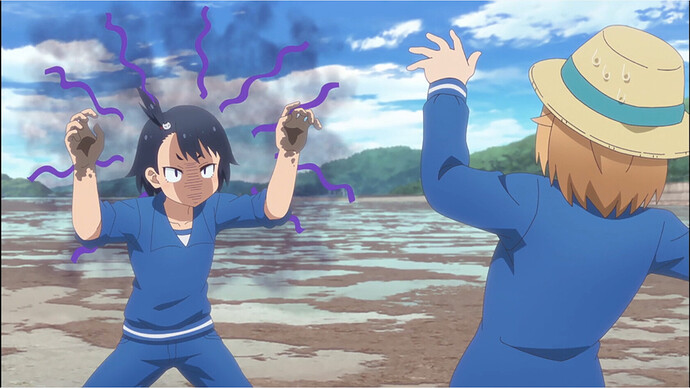 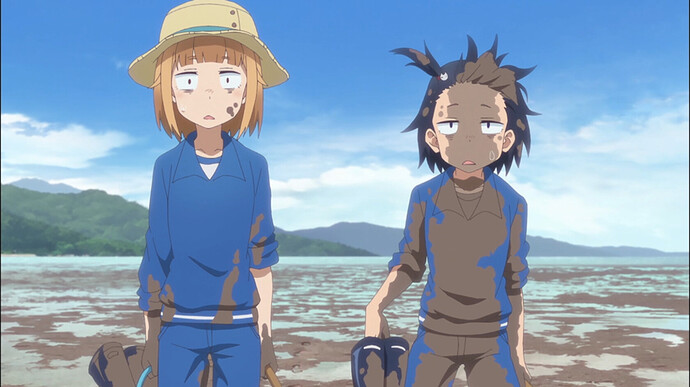 Houkago Teibo Nisshi is certainly an underrated hidden gem of an anime… one that consistently offers a great and relaxing experience with it’s awe inspiring visuals…while keeping you engaged with it’s loveable cast and the thrill of a catch…it’s quirky nature kept me coming back for more, and when it was done, I ended up wanting more of it.